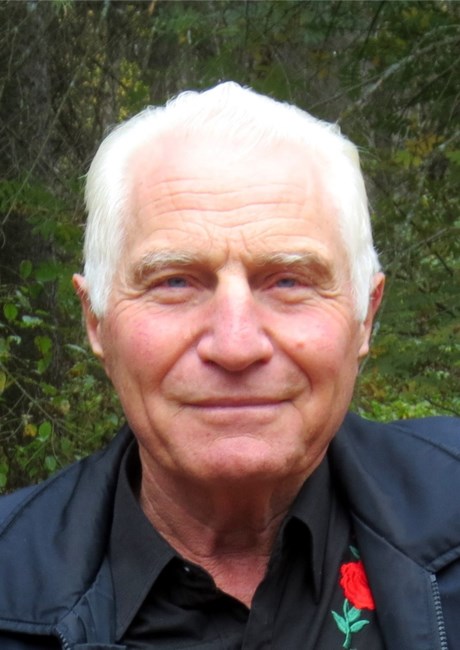 It is with great sadness and gentle relief that the family of Roger Catudal of Stony Plain, announces his passing on January 21, 2022 at the age of 80 years. Roger is survived by his partner June Borle and his 3 children: Dale (Rebecca) Catudal, Laurie (Richard) Campbell, Crystal (Paul) Janzen. Step-daughter: Tanya Thatcher, step grandson Curtis Thatcher, Roger leaves behind 5 grandchildren: Chelsey (Chad) Krause, Jacob Campbell (Stephaine Durant), Leah Campbell (Graham Wilson), Jordan (Kelli-Ann) Catudal, Caitlin Wotton, and Jesse Catudal. Great-Grandchildren: Abby & Evangeline Krause; Griffin, Freya, Theodore, & Sebastian Campbell. Brother: Paul Catudal, Sisters: Marguerite (Henry) Tenz, Alice (Peter) Dutton, Yvonne (Richard) Gagne. Roger was predeceased by his parents: Magloire & Cecile (Robidoux) Catudal. Brothers: Alphonse (Lucille) Catudal, Ernest (Jenny) Catudal. Sisters: Reta (Bill) Derksen, Bertha (Lucien) Jodoin, Germaine (Robert) Hunter, Clarida & Jeanette Catudal. Roger was born in a small cabin near Goodridge, Alberta. He was the youngest boy of a large French Canadian family trying to make a life for themselves living off the land. Roger eventually moved to Calgary, Alberta where he met and married Marlene Toner on March 26, 1964. Roger and Marlene settled in Water valley, Alberta to start their family. They had 3 children during their 20 year marriage, divorcing in 1984. Roger then married Bonnie Fluery in 1992 and helped raise her daughter Tanya, enjoying time with Tanya, Clint and step grandson Curtis. In later life, Roger retired to Alberta Beach and then to Stony Plain, Alberta where he met his partner of the last 15 years June Borle. Roger was a strong, capable, and self-made man who worked extremely hard. In his early years, he worked falling logs for Spray lakes sawmill Canmore, Alberta, Farmers hired hand at Carbon Alberta, Moving to Water valley where he owned and operated sawmill for many years, Roger finally found his niche and became a carpenter and built and sold many beautiful homes as well as notable buildings within his community. Roger loved being outdoors and his favourite hobbies were hunting, fishing, gardening, bird-watching, camping, and working with his Beloved Kubota backhoe. Roger taught him self how to play Violin and harmonica, and spent his last years going to local jamborees with June, making friends and playing music. He loved entertaining people around the fire with stories and music, uplifting people with his friendly smile and joke telling skills, Roger always had a joke for everyone. For many years, he hosted an annual slab fire at his mill, where friends and family would gather to drink, laugh, and have a great time. Roger was a great father and grandfather, building giant snow forts for his grandchildren, He helped his kids in any way he could with renovations and landscaping, passing down his knowledge of carpentry and spending countless hours helping them with everything he could. In later years Roger was afflicted with dementia and we are relieved he is now free from suffering, Roger will be dearly missed by his friends, family, and everyone who knew and loved him. Fond memories and expressions of sympathy may be shared at www.ParklandFuneralServices.com for the Catudal family.
See more See Less

In Memory Of Roger Catudal