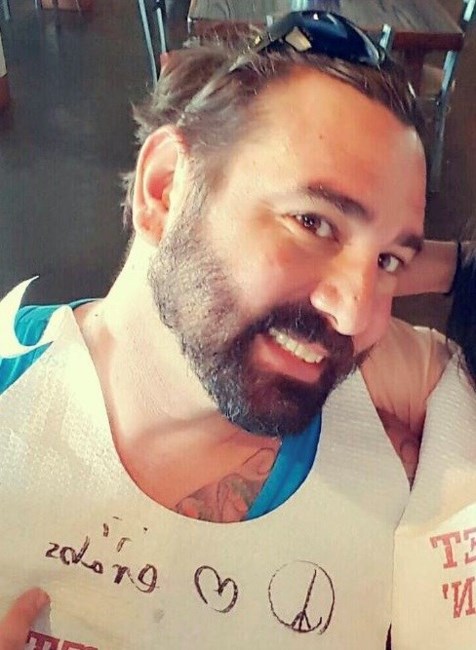 Brian is survived by his mother Patricia Sledjeski Tisi, his brother Paul Sledjeski with his niece Jenna, Cassie Walser his soulmate, best friend’s Douglas and Christiana Coburn and family were more known as his second family, and childhood friend Rob Scury.

Brian was born July 28, 1977 in New Haven Connecticut at 12:45 am to Patricia Anita Seldjeski Tisi and John “Jack” Walter Jr. Brian later moved to Florida as child with his mother and brother. He graduated from South Fork High School in 1996.

After high school he ran a successful car detailing business until he accepted a job at Lowes, where he remained for many years. At Lowe’s he worked himself up to a manager until he realized that manager life was not for the pirate he was. He liked his weekends off to bask in the sun and play in the water along the coast of Florida. Brian took a position as a PSA at Lowe’s where he remained until his death last week.

In Memory Of Brian Sledjeski