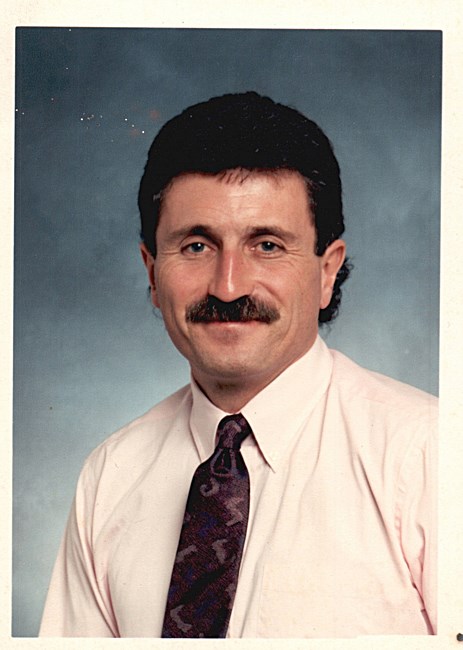 Dr. Craig Cozad Howard, of Hobe Sound, Florida, beloved husband of Ave Maria J. Potente, and loving father of Beau Howard of Oahu, Hawaii; Lindsey Mitcham of Ponte Vedra Beach, Florida; and Kevin Howard of St. Augustine, Florida; left this world abruptly on July 9, 2020. Craig is also survived by his granddaughters, Taylor and Landon Mitcham, as well as his sister, Jane Grandy, of Yakima, Washington; and his brother, Edwin Howard, of Bozeman, Montana, in addition to many extended family members and friends. A third-generation Montanan, Craig was born on May 24, 1948, and grew up in Bozeman, where he earned a doctorate in the philosophy of education from Montana State University. His doctoral thesis was published as a book entitled Theories of General Education: A Critical Approach. He spent his entire life applying these theories. He was a man of thought and a man of action. He served in the Montana National Guard, and after spending some time teaching high school history and then working on Indian reservations assisting tribal colleges gain eligibility to offer degree programs, Craig moved to Gainesville, Florida, where he taught History of the Americas and Theory of Knowledge (TOK) in the International Baccalaureate (IB) program, a college-level program for high school students. In 1989, he relocated to South Florida to serve as the IB Coordinator and TOK teacher at the newly-reopened Suncoast Community High School, a magnet school of choice, in Riviera Beach, Florida. Under his auspices, the IB program at Suncoast became ranked internationally as one of the largest and top-performing IB programs in the world. He was a well-respected teacher and administrator at Suncoast, and he presented numerous teacher training workshops on TOK and IB Administration at national and international venues for both the Florida League of IB Schools (FLIBS) and the IB Organization (IBO). Craig also served as the President of FLIBS and the IBO Deputy Chief Examiner for TOK. He was a contributing author for a TOK guidebook for the IB Diploma program. After retiring from Suncoast in 2006, Craig served as an administrator at Meyer Academy in West Palm Beach, Florida, and Gulliver Preparatory School in Miami, Florida, where he retired in 2010. His impact on colleagues, parents, and students was far-reaching and long-lasting. Craig was an approachable intellectual heavyweight who could relate to everyone and make them feel valued. He spoke his mind freely, and his quick wit made people laugh and made people think. They valued his opinion because it was unvarnished and genuine. He cared about making the world a better place, and many he encountered came to value his sage advice on a myriad of subjects. Craig’s intense passion for intellectual pursuits was matched by his intense love of sports, especially college football. A former high school football defensive coach, he would provide incisive analysis of each game to anyone who would listen. As a young man in Montana, Craig played baseball and competitive handball, coached a high school rodeo team, and hunted with his Chesapeake, Poacher; and in Florida he continued to run 10 miles a day and lift weights well into his 50’s, at which time he even tried surfing. He loved to camp and take vacations in the family RV. Though both Parkinson’s Disease and Waldenstrom’s Disease slowed him down in his later years, Craig still took several short walks a day and participated in Parkinson’s boxing classes three times a week. As one of his favorite poets, Dylan Thomas, wrote, he “[did] not go gentle into that good night.” Instead, he “rage[d] against the dying of the light.” Craig will be remembered as a loving husband, a wonderful father, a cowboy philosopher, an avid reader, a consummate educator, and a wannabe English teacher. Mainly, though, he will be remembered as a good man with a good heart who left a lasting legacy and whose positive impact on others is immeasurable. If you wish to pay tribute to Craig, please make donations in his name to the Parkinson’s Foundation, the Davis Phinney Foundation, or The American Cancer Society. If you are a former colleague, parent, friend, or student, and you wish to remember Craig, please send your favorite memory of him to his wife at: avepotente@gmail.com or P.O. Box 2046, Hobe Sound, FL 33475. It will be part of a memory book to be shared at a future (post-Covid-19) celebration of his life where we can actually be together and give real hugs. Craig would have wanted it that way. In the interim, please go to www.youngandprill.com to view a photo array of Craig’s life.
See more See Less

In Memory Of Craig Cozad Howard