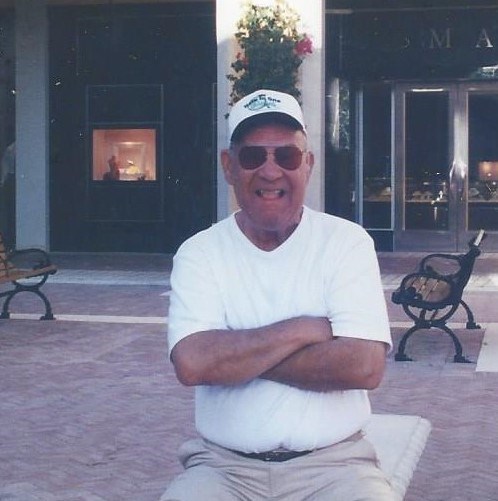 It is with great sadness that the family of Martin M. DiMaso Sr. of Stuart, Florida announces his passing on January 20, 2023 at the age of 95. Martin was born on October 30, 1927 in the Bronx, NY to Bartholomew and Philomena DiMaso. He served honorably in the United States Army Signal Corps during WW II operations. On May 25th, 1952, Martin married the love of his life, Evelyn at St. Nicholas of Tolentine Church in the Bronx, NYC. Evelyn predeceased him in 2014. Following his Army Service, Martin worked for NY Telephone and AT&T for over 30 years. A longtime resident of Cortlandt Manor NY, he also volunteered his service in the town’s Civil Defense Communications Department. Later, Martin and his wife Evelyn retired in Stuart, Florida. Martin will be remembered as a loving father, grandfather and husband who enjoyed “Ham Radio” and volunteered in community service. Martin is survived by his four sons Bart and his wife Joan; Keith and his wife Deidra; Martin Jr. and his wife Toni Anne and Kenneth and his wife Paula. He is also survived by eleven grandchildren and fourteen great grandchildren. Family and Friends will gather to honor Martin's life at Yorktown Funeral Home in Yorktown NY. Fond memories and expressions of sympathy may be shared at www.youngandprill.com for the di Maso family.
See more See Less