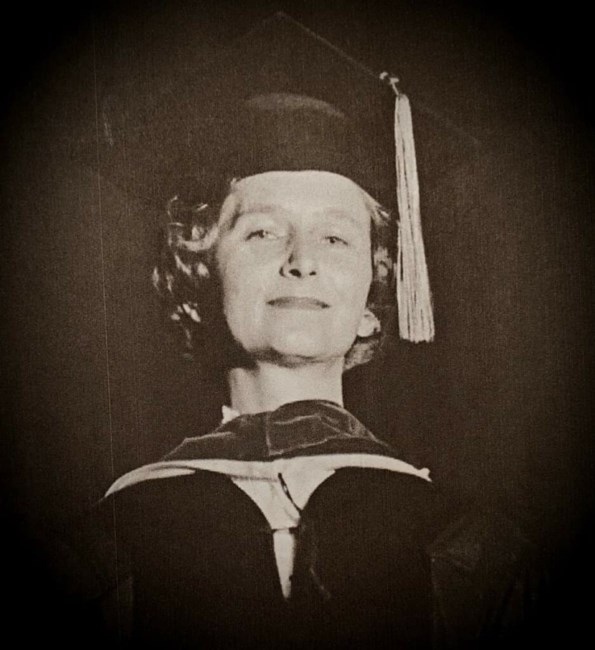 Bonnie Jean Blacklock, MD, passed away peacefully on January 17, 2021, at the age of 101. She was born in 1919 in a YMCA her father managed in Secaucus, New Jersey - delivered by a midwife. Three of her eight siblings didn't survive childhood - two of them dying of diphtheria. Her father, John Peachey, was pastor of the Congress Avenue Baptist Church in Austin during the depression. There she learned to love music, and at Austin High she learned to love science. Bonnie Jean graduated in 1939 from Baylor University, where she was first-chair cello in the orchestra, and in 1963 from University of Texas Medical Branch - one of three women out of 150 graduates. She served as a physician for the citizens of East Austin in the Model Cities Clinics for over twenty years. She worked for the State of Texas as a Disability Determination Examiner until she was ninety-one years old. Meanwhile, she saw to it that her children and their children got to go to college and beyond. She was a constant inspiration to her grandchildren, who helped her raise chickens, goats, and rabbits in the large backyard - along with a huge vegetable garden. She was always cheerful, and her frequent inspirational advice to them was, "keep on keepin' on." She spent her last eight years with her loving daughter, Bonnie in Tuxedo Park, NY. Bonnie Jean was preceded in death by her beloved husband, David Blacklock, MD, and their son Dan. She is survived by son David and wife Sharon, daughter Bonnie and husband Michael, daughter-in-law Shirley Blacklock, sister Ruth Kittle, sister Elizabeth Peachey, thirteen grandchildren - Mark Blacklock, Jennifer MacDonald, Sean Blacklock, Lori Alexander, Jack Moore, Scooter Blacklock, JD Blacklock, Candace Sherman, Evelyn Blacklock, James Blacklock, Charlotte Blacklock, Rosalie Blacklock, and Gabriel Blacklock - and eight great-grandchildren.
See more See Less

In Memory Of Bonnie Jean Blacklock