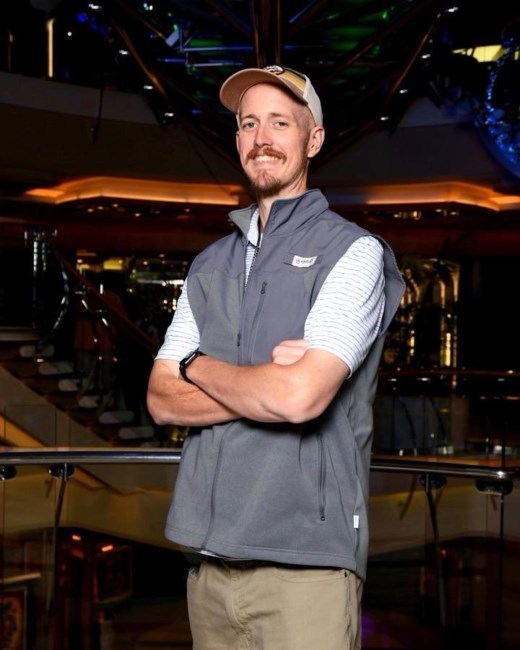 Garrett Douglas Davis went to be at rest with his Lord and Savior on January 17, 2023 at the age of 36, surrounded by his wife and family. Garrett was born in Bay City, Texas, on December 12, 1986. He graduated from El Campo High School in 2005, then attended college at Abilene Christian University where he played football. He ultimately received his undergraduate degree from University of Houston in Victoria in 2012. In 2015, he earned his Master’s degree in Psychology and went to work as a counselor for the University of Texas Medical Branch in the Texas Department of Criminal Justice facilities in Dayton, Rosharon, and Fort Bend. Garrett met Brittany in 2000 at Peach Valley Christian Youth Camp and knew right away that she was the wife God meant for him. They were married July 2, 2011 and settled in Sugar Land, Texas. There, they found their church home at First Colony Church of Christ. On November 1, 2018, Garrett and Brittany welcomed their daughter, Maela Abigail. To say Maela was the apple of his eye would be an understatement. He loved making silly faces with her, teaching her to fish, watching Paw Patrol, sneaking her a sugary snack or two when Brittany wasn’t looking, and even teaching her to drive. He was a member of the First Colony Church of Christ, Blast and Cast Ministries, and the Benevolent Protective Order of the Elks Lodge. He enjoyed sharing his faith and serving his church. He was faithful in his mission work in Honduras and organizing Movie Under the Moon. The true outdoorsman, Garrett, loved fishing, hunting, playing disc golf, and almost any outdoor activity. He loved building a big fire, all things Star Wars, teasing nieces and nephews, and driving fast and taking chances. Garrett fought a valiant battle with cancer. He showed us all how to live with a grateful heart, a love for the Lord, and a zest for life. While his body was weak, his spirit was strong. He lived every day thankful for all the Lord provided. Garrett’s faith never wavered and grew stronger the harder things got. Garrett was a great example to so many people that met him and he continued to serve unendingly. He is survived by his wife of eleven and a half years, Brittany; daughter, Maela; parents LaWanda and William Mikulenka and Doug and Pam Davis; siblings Beau (Jill) Davis, Tyler (Alianna) Davis, Barbara (Tim) Bricker, Brynna (Riley) Watkins, Austin (Carissa) Sherman, and Bryan (Ashleigh) Sherman; and numerous nieces and nephews. The family would like to thank their First Colony Church of Christ family, the Cornerstone Christian Academy community, friends, neighbors, and family for the love, support, and encouragement they have provided during their journey. A visitation for Garrett will be held Friday, January 27, 2023 from 5:00 PM to 7:00 PM at The Settegast-Kopf Company @ Sugar Creek, 15015 Southwest Fwy, Sugar Land, TX 77478. A funeral service will occur Saturday, January 28, 2023 at 10:30 AM at First Colony Church of Christ, 2140 First Colony Blvd, Sugar Land, TX 77479. Donations for Maela's care and education can be made to: Brittany Davis C/o Victoria Pringle 7011 Cool Water Court Sugar Land, TX 77479 Electronic donations can be made to: Venmo @davisfamily3 Fond memories and expressions of sympathy may be shared at www.settegastkopf.com for the Davis family.
See more See Less

In Memory Of Garrett Douglas Davis

A reception will follow the service at the church.