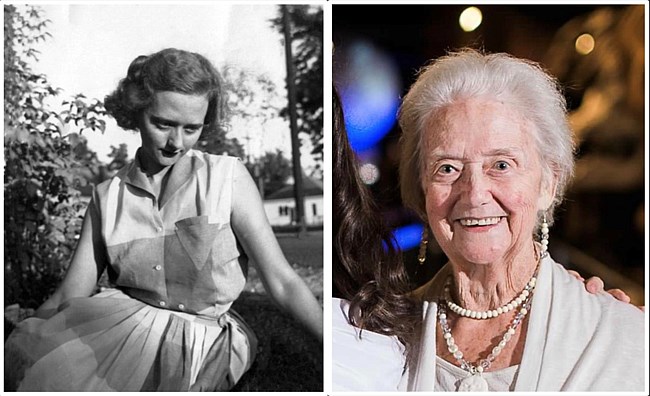 Joan Banneyer, of Sugar Land, TX passed away peacefully on October 6, 2021. She was 88 years old. She is preceded in death by her husband of 30 years, William F. Banneyer of Manvel, TX; brother Earl Mickey of Houston, TX; and her son, Mark Banneyer of Friendswood, TX.

Joan was born in Houston, TX to Earl and Mable Mickey along with brother, Earl. She graduated from Reagan High School and soon after began working in Alaska for US Government Intelligence during the Cold War. After a few years she returned to Houston, TX, and married William F. Banneyer. A few years later they moved to Manvel, TX and raised their two kids Mark and Cindy. William ran a successful ironworks company and Joan spent her time raising her kids and maintaining extensive gardens on their thriving homestead. When William died unexpectedly in an accident, Joan pivoted and opened a jewelry store, which began a lifelong love of jewelry and jewelry making. Her love for the beach soon led her to Palacios, TX where she resided before relocating to the sweetest city in the World…. Sugar Land, TX.

Her surviving family remember her as creative and colorful person who approached any challenge sent her way with a gutsy and resilient attitude. Beyond anything else though she is remembered for the love and pride she had in her family.

At Joan’s request, there will be no funeral or memorial service. A celebration of life will occur in the near future for immediate family. The family asks that in lieu of flowers, donations be made to your favorite charity.

In Memory Of Joan Banneyer