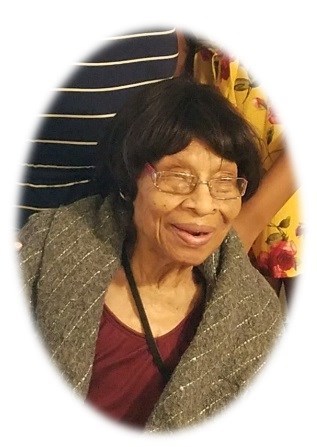 Junia Mae Murphy was born April 19, 1921 in Brenham, Texas. She was the eldest daughter of Elvira Jameson and Rev. J.R. Murphy. Junia graduated from Pickhard High School in Brenham, TX. She later attended Huston-Tillotson college where she earned her bachelor’s degree in 1951. She went on to earn her master’s degree from Texas Southern University in 1966. Junia was a member of Signa Gamma Rho Sorority, Inc. Junia married Reverend Al Jones in 1956. She and Reverend Jones resided in Tucson, AZ where she lived most of her life. Junia began her working career with the Capitol City School District and later worked for Piedmont. She went on to work as a civilian employee of the Department of the Interior, Indian Affairs Division. She taught Home Economics for the Santa Rosa Day School on the Papago Reservation in Sells, AZ. She later went on to become the acting Principal prior to her retirement in 1990. Junia accepted Christ at an early age and was a faithful member of the Trinity Temple CME Church. Junia was First Lady of the Trinity Temple CME Church where her late husband Reverend Al Jones was presiding elder. She worked on various boards including the Women’s Missionary Council, CME Church Ministers Spouse Council and CME Board of Christian Education to name a few. After the death of her beloved husband, Junia was the missionary president for over 20 years. She was instrumental in the CME church’s One Church, One Program where they partnered with local schools. Junia was also involved in spurring youth participation in church activities such as Resurrection Sunday, Christmas and Thanksgiving events. She was the Church Secretary at Trinity and maintained a log of the sick and aged, within the community. Junia served the Arizona/New Mexico Region as Director of Education for over 20 years. During this time she took several women under her wing and encouraged them to become leaders within their churches. Junia is preceded in death by her parents, sister Allyene Murphy Lundy and husband Reverend Al Jones. She is survived by her nieces Wanda Faye Lundy, Sandra Denise Lundy; Great Niece, LaKesha Lundy Hawkins (Jerrold); Great-Great Nephew, Christian Lundy Hawkins and Great-Great Niece, Madison Lundy Hawkins. Fond memories and expressions of sympathy may be shared at www.settegastkopf.com for the Jones family.
See more See Less

In Memory Of Junia Mae Jones