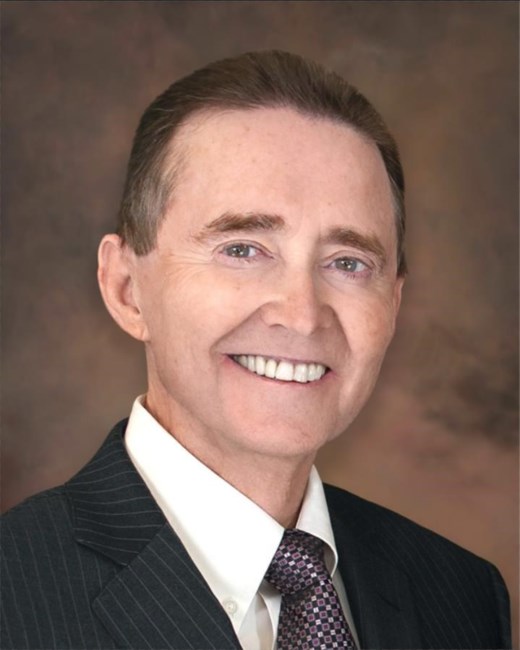 Larry W. Harrison, 72 years old, from Sugar Land, Texas, passed away on January 15, 2023, with his wife and son by his side. His memory and love will always be with us. Larry was preceded in death by his parents, Vernon Lee Harrison, Sr. and Mabel Chapman Harrison, and brother, John Harrison. He is survived by his wife of 42 years, Monique Mangum Harrison; son Eric Harrison; brothers Vernon Harrison, Jr. (Brenda), David Harrison (Fay); sisters Suzanne Bartholomew (Karl), Eleanor Burgess (Brett), and sister-in-law Mary Cangelosi Harrison. Larry was born and raised in Bay City, Texas. He was the third of six children. His father and uncles were a large rice-farming family, and Larry had fond and funny memories of growing up and working with his brothers and cousins in the rice fields. He graduated from Bay City High School in 1968. He attended Lamar University and graduated in 1972 with a BBA in Accounting. He was a member of the Zeta Psi chapter of Sigma Nu fraternity. He continued his education at St. Mary’s Law School in San Antonio and graduated with his Juris Doctor in 1975. While at St. Mary’s, he served as an Associate Editor for the St. Mary’s Law Journal. He served six years in the US Army Reserve from 1970 to 1975. When Larry was 12 years old, he saw the movie, To Kill a Mockingbird. He was so moved by the movie that it inspired him to become an attorney. After graduating from St. Mary’s Law School, he moved to Houston, then eventually to Sugar Land. He pursued board certification by the Texas Board of Legal Specialization and became a Board Certified Personal Injury Trial Law attorney in 1988, serving Fort Bend County. He maintained that status through ongoing education and recertification. He was well-respected by his peers for his wisdom and leadership skills. His great desire was to help those who had suffered a loss related to personal injury, which led him to devote many hours to pro bono attorney work. His success and dedication over the course of his career earned him many honors, including a Martindale-Hubbell Rating of AV Preeminent and a listing as a Thomson Reuters’ Super Lawyer from 2008 to present. He served as past president of the Fort Bend County Bar Association and on its Board of Directors. Wishing to share his knowledge and experience with others, Larry served as an Adjunct Professor at University of Houston – Victoria School of Business Administration from 2007 until 2022. Larry was a leader in the Fort Bend County community and served on numerous committees and boards throughout the years. He was a member of many professional organizations. On November 4, 2016, Larry was honored as one of Bay City ISD’s Distinguished Alumni. He was acknowledged for his professional, community, and educational accomplishments. While a student at BCHS, he was President of the Student Body, President of his Freshman and Junior classes, and chosen as Mr. Bay City High School. Larry had a lifelong passion for movies, which led him to membership and involvement in the Houston Film Critics Society. His movie reviews appeared in many publications, providing moviegoers with over 1,000 film reviews from 1997 to 2018. Larry loved supercars and was known to take the occasional “loop around the track”, as he put it. He enjoyed competitive shooting and competed in the US Practical Shooting Association for many years. Larry was an active member of Christ United Methodist Church since 1989. His faith was enriched through participation in ongoing Bible studies, a Walk to Emmaus in 1993, and through his longtime involvement with his Emmaus reunion group. He attended an annual Manresa three-day silent retreat in Convent, Louisiana with several friends for years. He was a beloved mentor of Christ United Methodist Church’s youth, and he served as a Cub Scout leader and as a sports coach. Larry was a lover of God and of life. He was enthusiastic about growing in the Lord. He was a fighter when he was sick. He had miraculous recoveries – we often said we lost count of how many lives he had had. He was sociable, yet he loved being at home, too. He loved being an attorney and loved going to the office. He loved helping people. He loved teaching. He was a loyal friend. He was a wonderful father and husband with a great sense of humor. Larry’s contributions to his family, friends, and community were countless, and he will be greatly missed. A visitation for Larry will be held Wednesday, January 25, 2023 from 5:00 PM to 7:00 PM at The Settegast-Kopf Company at Sugar Creek, 15015 Southwest Fwy, Sugar Land, TX 77478. A funeral service will occur Thursday, January 26, 2023 at 11:00 AM at Christ Church Sugar Land, 3300 Austin Pkwy, Sugar Land, TX 77479 with a reception to follow from 12:00 PM to 1:00 PM. A graveside service will occur Thursday, January 26, 2023 at 1:30 PM at Davis Greenlawn Cemetery, 3900 B F Terry Blvd, Rosenberg, TX 77471. Fond memories and expressions of sympathy may be shared at www.settegastkopf.com for the Harrison family.
See more See Less

In Memory Of Larry Wayne Harrison