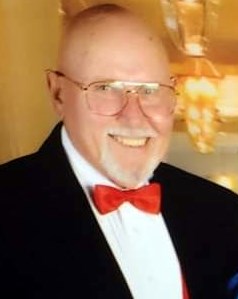 J.T. was affectionately known as “Speeby” to many of his family members. He married his High School Sweetheart Joan Bitner on Jan 20, 1967 and they were married for 54 years. They had two sons and a daughter from their life together.

J.T. was preceded in death by his parents J.T. Latham Sr. and Mauriel Latham.

He retired as a pipe fitter from Atlantic Richfield after many years of working at their Houston Refinery. While working as a pipe fitter he used his musical talent as a Bass Guitar Player for the “Range Rider Band”. Later he started a total different career as a casino dealer in Las Vegas, Nevada. Later he moved to Lake Charles, La and continued his career in the Gaming Industry. He finally retired again and enjoyed spending his time with his Wife, Kids, Grandkids, and Great Grandkids.

Fond memories and expressions of sympathy may be shared at www.hixsonsulphurmemorial.com for the Latham family.