The Bergbower family requests no floral gifts. Expressions of sympathy may be made in the form of memorial contributions. Please see the links below to donate to the family's specific organizations. 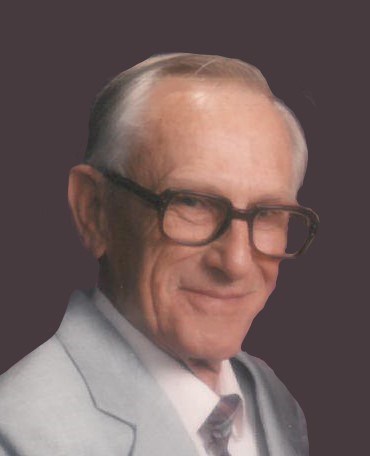 Harold Anthony Bergbower, age 99, slipped the bonds of earth into blissful peace on November 2, 2019. He was born to Joseph Edward and Katherine Bergbower on May 11, 1920 in Newton, Illinois. Harold, along with four brothers and two sisters, grew up in a farm family. He remembered riding into town on a hay wagon as a young boy. The family later moved from the farm to the city of Decatur, Illinois where he attended school, graduating from Decatur High School in 1938. The day after Harold’s 19th birthday in 1939, he and a friend joined the Army Air Corp. Following his training as an aircraft mechanic, he was sent to the Philippine Islands as part of the 28th Bomb Group. The coordinated Japanese attacks on Pearl Harbor, Hawaii (Dec. 7, 1941) and Clark Airfield in the Philippines (Dec. 8, 1941) entered America into WWII. Harold joined with his comrades in fighting the first battles encountered by American forces on Bataan. Due to battle conditions, Harold and comrades evacuated to the island of Mindinao where he was captured by the Japanese. Harold spent thirty nine months as a prisoner of war (POW) enduring forced labor in a Japanese steel mill until being liberated by American forces in September of 1945. Upon returning to the United States, he met and later married Eunice Bingamon on April 17, 1946. Harold and Eunice had three children, Michael (1947); Greg (1949); and Debra (1954). Harold continued to serve his country in the United States Air Force until 1969. He and his family were sent to multiple duty stations during that time: Chanute AFB, Champagne-Urbana, Illinois (1946-1954); Hamamatsu and Ituzuke, Japan (1954-1957); Tinker AFB, Oklahoma City, Oklahoma (1957-1961); Brookley AFB, Mobile, Alabama (1961-1966); McClellan AFB, Sacramento, California (1966-1969). After thirty years of active duty service, Harold retired from the Air Force achieving the rank of Chief Master Sergeant. Medals: Bronze Star, Purple Heart (5X), Commendation Medal, POW Medal, Good Conduct Medal, National Defense, American Campaign, Asiatic Pacific, Philippine Defense, Philippine Liberation, Philippine Presidential Unit Citation, Combat Infantry Badge and the Filipino Veterans of WWII Congressional Gold Medal. In retirement, Eunice and Harold moved to Sun City, Arizona to be near Eunice’s parents, George and Martha Bingamon, who lived in Youngtown. Harold would continue living in Arizona for over fifty years. Harold worked at Sun City golf courses, becoming a Teaching Pro. He even taught girl’s golf at Peoria High School as a volunteer. Eunice and Harold enjoyed a life with many friends and activities. They especially enjoyed being the “adopted grandparents” of children at the elementary school where Debra was a teacher. After Eunice died in 1997, Harold moved to Peoria and became increasingly involved with the veteran’s organization, American Defenders of Bataan and Corregidor (ADBC). He served as the National Commander for the organization from 2005-2006. As their representative, he laid a wreath at the Tomb of the Unknown Soldier at Arlington National Cemetery and was recognized at the White House by President George Bush and Laura Bush. Harold was also a member of the Agua Fria Chapter of the American EX-POW organization. While living in Peoria next door to Debra and her family, Harold branched out to become an equestrian. He took riding lessons and purchased two wonderful quarter horses. Besides the usual love, care, and exercise he gave to his companions, Harold also enjoyed taking them on trail rides with friends. Several years ago he donated the horses, tack, and a horse trailer to the Phoenix Zoo to help with their youth riding program. Dad was an avid supporter of the Phoenix Zoo and made generous donations to assist their continued success. Every day Dad raised the American flag in front of his house and recited the Pledge of Allegiance. He lowered the flag every evening. As the houses faces west, we can now consider the sunset of his life with the words of Taps, “Day is done, gone the sun, from the lake, from the hills, from the sky. All is well, safely rest, God is nigh….Thanks and praise, for our days, ‘neath the sun, ‘neath the stars, ‘neath the sky; as we go, this we know, God is nigh…While the light fades from sight, and the stars gleaming rays softly send; to Thy hands ,we our souls, Lord, do commend.” Harold is our inspiration for love of family, loyalty to country and devotion to duty. Proceeded in death by his son in-law Heinz Grunwald. He is survived by his brother Neil; 3 children Mike, Greg, Debra, daughter in-law Leslie Bergbower; grandchildren: Amanda (Jeremy) Severied, Doug Bergbower, Sean Bergbower, Andrea (Jayesh) Sheth, Susan (Dylan) Hickmott; step-grandchildren: Michael Grunwald, Shauna Santiago; great-grandchildren: Kaden Bergbower, Tanner Hickmott, Valerie Severeid; and step great –grandchildren: Avery, Brooklyn, and Savannah….plus hundreds who lovingly called him “Grandpa”.
See more See Less