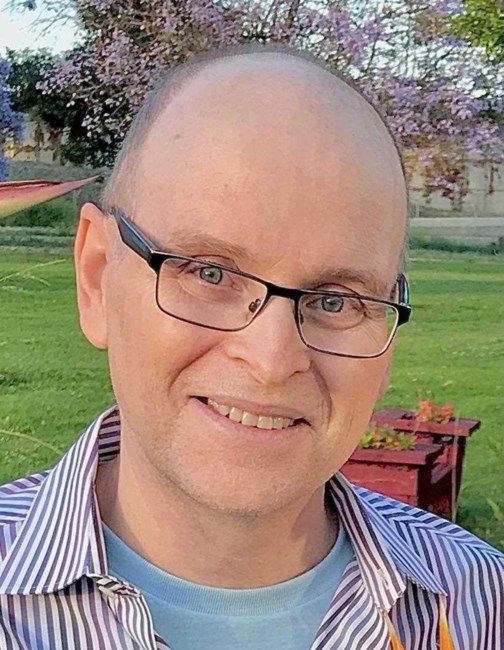 It is with deep sadness that our beloved Robert F. Porter passed peacefully from this life at home in his loving wife’s arms on December 18th 2020. His memory will forever be cherished by his loving wife Olive. Robert was born in Brooklyn, NY and raised in Mahopac, NY. son of the late Robert Oren Porter & Pauline (Lightfoot) Porter. Robert honorably served in the United States Navy attending Navy Nuclear Power School in 1980. In 1981 he qualified & certified in submarine construction & operations. During his career he had a unique insight into the considerations and engineering factors with ship deployments, casualties at sea, equipment maintenance, repair considerations, and crew training. Robert served on submarine USS Sea Devil SSN 664 during the cold war, receiving commendations from commanding Officer for his diligence and devotion to duty. Following his honorable discharge in 1984 Robert returned home from service to attend and graduate from Southern Illinois University B.S Industrial Technology. Robert was an accomplished Senior Marine Engineer with over 25 years with Naval Vessels, Military Auxiliary Vessels and Oil Industry Offshore Support Vessels supporting the US Navy and National Security. He provided electrical engineering support to the Navy PMS 400D Program Office, Navy Surface Warfare Center/Carderrock Detachment and the National Oceanic and Atmospheric Administration as well as well as receiving multiple awards including outstanding contributions to Strategic Sealift Design Team. Robert also provided support at the Washington DC Navy Yard to the Military Sealift Command Electrical Engineering. After his long career supporting Navy & National Security, Robert retired in 2018. Robert married the love of his life Olive and they shared 22 happy years together. Robert’s distinct personality and warm smiles were familiar to all who knew him. His jovial spirit, love of life, friends and family lives within all of us. Robert continued to enrich the lives of everyone he touched, and sharing his love of travel, music, mountain biking, hiking, and Vineyard Management. He was also an avid European car buff. He is beloved for his generous spirit that he shared with the world, and the deep and abiding love he held for his wife, family, friends & his Irish heritage. Robert loved world travel; and a had special place in his heart for Ireland, where so many happy memories were made. Left to cherish his memory is his wife Olive; Robert, you are forever in our hearts and the bond of love will be unbroken for all eternity. Robert is survived by his sisters Elizabeth D’Alessandro (NC) and husband Nick Leslie Friscia (CT) and brothers Richard Porter (Florida) & Thomas Porter (CA) His brother-in-laws James Fox, (VA) Patrick Fox,(England) Brendan Fox,(England) Gerald Fox, (Ireland) sister in laws, Anne Crossan, (England) Ann Fox, (England) Dawn Fox (VA) Anne Fox (Ireland) Beloved nieces Sarah Crossan, (England,) Katie Fox, (England) Jennifer Friscia (MA) Justine Porter (VA) and nephews Alan Richard & Daniel Crossan, (England) Liam Fox (England), Mark Fox, (Dublin) Karl Fox (Dublin) James Friscia (CT), Luke, Scott & William Porter, Michael D’Alessandro (NY) Cousins Angela Walsh, Tony, Seamus & Oliver Kenny, and many other close friends & relatives. Roberts final resting place will be in Ireland. In lieu of flowers, memorial donations be made to The Fisher House Foundation. Please join Robert's family in sharing stories, memories, photos, or videos on this tribute page.
See more See Less

In Memory Of Robert F. Porter

Funeral Mass with Military Honors to be announced