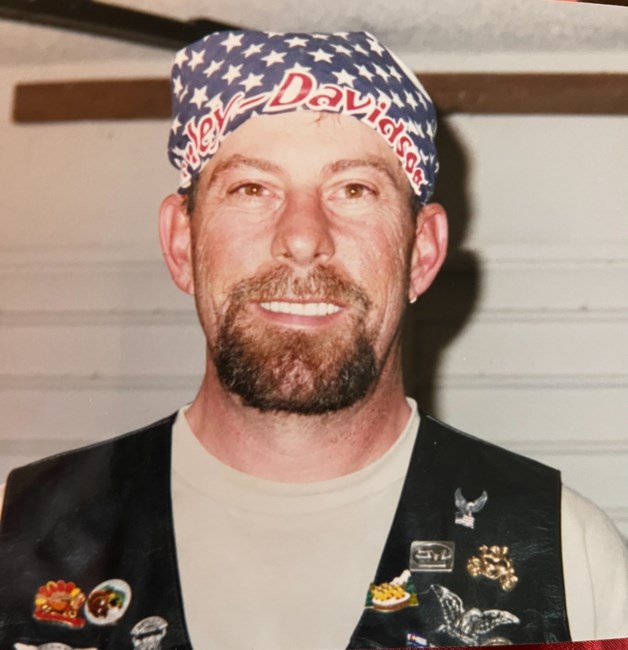 Roger Blanton, 63 of Sun City, AZ passed away after a fierce 22 month battle with lung cancer. Roger was born on November 3, 1958 to Willis Blanton and Wanda Stroud at Penrose hospital in Colorado Springs, CO. After high school Roger served in the United States Army from 1976 to 1979 and was stationed in Ft. Hood, TX. While serving he was able to spend time in Stuggart, Germany. In 1975 Roger Married Theresa Kohli in Colorado Springs, CO and went on to have 2 beautiful children Sherrie and Matthew. Who later blessed him with 7 Grandkids along the years: Roger more than anything loved spending time with his family, but more than anything he especially loved his time with his grandchildren. Roger was known to consider his closest friends as family, he cherished and loved their family’s and the time he spend with them and the memories he was able to make. Roger had many jobs over the years as a truck driver and was known to be the best in the business; his last job was working for the City of Phoenix. Roger was well known for his passion of riding his Harley Davidson a love that grew more and more over the years and enabled him to make great friends. Later in his life he grew of love of off-roading and enjoyed taking his Jeep out to experience the next great trail. Roger enjoyed camping, and sitting by the beach. He loved his Arizona Rattlers family and going to the games and the camaraderie he had with the friends he made in the pit over the years. Roger was predeceased by his mother Wanda his father Willis, his Sister Taresa, and Brother Roy. And he is survived by his sister Vanessa and his daughter Sherrie, son Matthew and their families. A memorial & celebration of life for Roger will be held Friday, August 5, 2022 from 11:00 AM to 12:00 PM at Sunland Mortuary Lakeside Chapel, 15826 Del Webb Blvd., Sun City, AZ. Following the memorial & celebration of life will be a burial with military honors from 1:30 PM to 2:00 PM at National Memorial Cemetery of Arizona, 23029 N Cave Creek Rd., Phoenix, AZ. Roger will be laid to rest in National Memorial Cemetery of Arizona. Fond memories and expressions of sympathy may be shared at www.sunlandmemorial.com for the Blanton family.
See more See Less

In Memory Of Roger Wayne Blanton