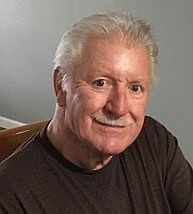 Russell Albert Cutting January 27,1944 -January 16, 2023 Russ passed away at his winter home in Sun City, Arizona. Russ was born in Chicago, IL to Elbridge (Buster) and Pauline Cutting. Russ moved to Spring Lake, Minnesota at the age of 4. He attended a one room school and North Elementary. He graduated from Deer River High School in 1962. He attended Itasca Junior College and Bemidji State College. He earned a single/multi-engine pilot’s license and was a private pilot in Marshfield, WI. Russ went on to graduate from the Institute of Finance in New York City and was a stockbroker for Blair and Co. in Marshfield. In 1999, after 25 years, Russ retired as a Regional Sales Manager for Wick Building Systems. He married Rene’ Randall on May 27,1965 in Grand Rapids, Minnesota. He is survived by his wife Rene’, daughter Heather (Erik) Gustafson, grandchildren, Madelyn (Clay) Gustafson, Samuel Gustafson and Finn Gustafson. Sisters-in-law Karen Anderson, Gayle Randall, Delrae McBride and brothers-in-law Rodney Randall, Dwight (Jane), Dean (Molly) Randall and Elwood Anderson. Cousins Delores Guenther and Georgia Heide. Preceded in death by three sons in infancy, daughter, Dr. Carolee Cutting Schueller. Parents Elbridge and Pauline Cutting, In-laws Elwood and Adeline Anderson. Sister-in-Law Diane Randall. Brothers-in-Law, Jerry Randall, Michael Anderson, Tom Anderson and Michael McBride. A Celebration of Russ’s life will be held in the Spring. Memorials may be made via the UW Foundation to the UW-Madison School of Veterinary Medicine scholarship fund in his daughter’s name: the Carolee Cutting Schueller Memorial Award Fund. Mail to the UW Foundation, 1848 University Avenue, Madison, WI 53726, or online at www.supportuw.org/giveto/cuttingmemorial
See more See Less

In Memory Of Russell Albert Cutting