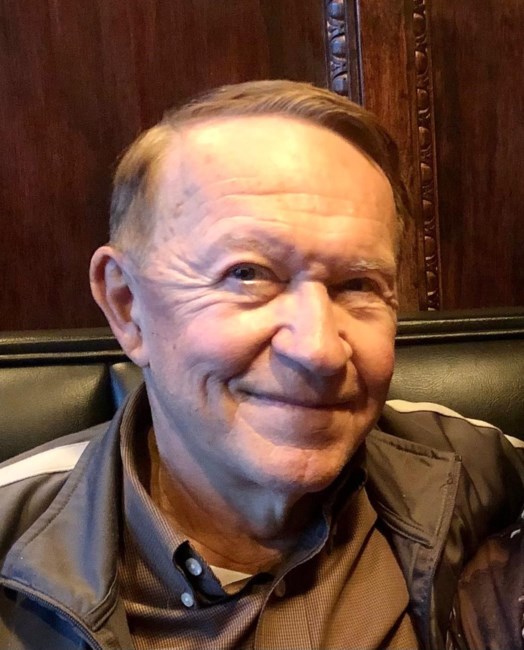 Paul Robert Karkiainen, 73, of Aurora, Colorado and Surprise, Arizona passed away unexpectedly on Friday, April 29, 2022, at Banner Dell E Web Medical Center in Surprise, Arizona after a very brief illness. He was surrounded by his wife, Debbie, his brother-in-law, Ron Hunt, and a dear friend, Deb Wein. Paul was born on June 3, 1948, in Longview, Washington to Paul Robert Karkiainen and Sarah Radina Peterson. His parents divorced and he later moved to Des Moines, Washington, with his mother and step-father, Don Howard. In 1966, Paul graduated from Mt. Rainer High School and went on to achieve a food science degree at the University of Washington. While there, he joined the Alpha Sigma Phi Fraternity and built friendships that would last a lifetime. Even just days before his death, Paul and Debbie had dinner with some of those friends, one of many throughout the years. In 1970, Paul graduated from the University of Washington and married Gayle Kirkwood. After a brief stop in Denver, Colorado, Paul took a job with IBP which brought them to Sioux City, Iowa, where in 1974, their son David was born. In 1975, they moved to Amarillo, Texas where Paul was promoted to quality assurance manager. In 1985, he was promoted again and returned to the home office in Sioux City, Iowa. In 1997, he took the position of assistant plant manger for the Finney County IBP plant in Garden City, Kansas. Shortly afterwards, he was promoted to plant manager. Throughout his career, he was respected by his fellow employees, something clearly shown in 2002, when while serving as chairman of the United Way annual drive, his employees set fundraising records. He was involved in numerous ways in the community and was recognized as in 2008 as the Chamber of Commerce Person of the Year. Upon his retirement in 2011, the mayor designated a city-wide “Paul Karkiainen Day”. In 2000, Paul's wife of 30 years passed away. Although Gayle's sudden loss was hard, he would soon be blessed with another love, one which would span almost 21 years up until his passing. In 2001, Paul married Deborah Hunt. And just as Gayle's family had become and remained his own, Debbie's mother Faye, brother Ronnie, and cousin, Lois and her husband, Bobby, quickly became an extension of Paul's family as well. He treated Debbie’s mother, Faye, as his own, helping Debbie care for her in their home until her death in 2018. Paul always lived life to the fullest. After he retired, Paul and Debbie split time between Aurora, Colorado and Surprise, Arizona, the launching points for many more adventures. Paul will be remembered for his quick wit and great sense of humor. He will also be remembered for his love of life, his love of adventure and travel, his love for friends and family, his love for his pets, and his love of both good and bad puns. Avid golfer, tennis player, marathon runner, mountain climber, sky diver, white-water rafter are just a few of the titles he wore proudly. Paul was preceded in death by his first wife, Gayle Kirkwood Karkiainen, father, Paul Robert Karkiainen, mother Sarah Radina Howard, step father, Don Howard, step mother, Josephine Karkiainen, sister, Cheryl Musson, brother-in-law, Steve Amala, mother-in-law, An Kirkwood, father-in-law, Jack Kirkwood, and brother-in-law, Larry Kirkwood. He is survived by his wife, Debbie, son, Dave Karkiainen, daughter-in-law, Christin, granddaughter, Kayli, brother, Dan Howard and his son Ian, sister, Susan Amala and her daughter Erinn, nephew Kevin Woodworth and his wife, Sarah, brother-in-laws Ron Hunt, Gary Kirkwood and his wife, Laura, and niece, Abby, his Uncle Ed and Aunt Bonnie Mattson, as well as a host of cousins, and many, many friends. A memorial service will be held at Steele Chapel in Longview, Washington on June 18th, 2022, at 11:00 A.M., followed by a reception. A second memorial service will be held in Colorado at a later date, to be determined. In lieu of flowers, memorial donations may be made to the United Way in Garden City, Kansas, or any local chapter. Condolences may be sent online or to Debbie’s home at 6034 S. Telluride Circle, Aurora, CO 80016.
See more See Less

In Memory Of Paul Robert KARKIAINEN