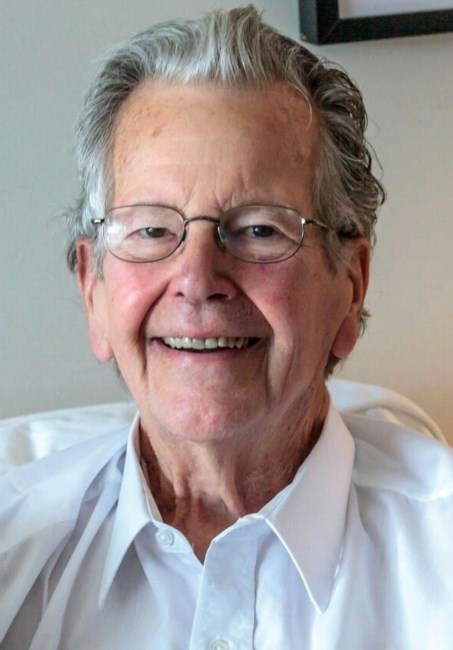 James William “Bill” Spragge, 87, died peacefully in his sleep November 16, 2020 in Rosemary Heights Senior Village in Surrey BC. Bill leaves his sons Michael and wife Carolyn Audet; Tom and wife Theresa Campbell; granddaughters, Sara (Cavallo) her husband Justin, Carli her partner Josh Yambor, Kendal Campbell, Jade Spragge – Putman; and great granddaughters Charlotte and Eleanor Cavallo. He was preceded in death by his wife of 55 years Sybil Spragge (2011), son Stephen Paxton (1982), and his brother John Spragge (2008). Born in Kitchener, Ontario on May 4, 1933, Bill moved to Toronto when he was young, attending grade and high school in North York. Once in university, he traveled west during the summer, taking on physically demanding jobs to fund his university education. In 1956, he married Sybil Horner after a four-year courtship and one year later achieved his dream of being a physician after graduating from University of Toronto Medical School. Bill and Sybil’s first son, Mike was born in 1958, prompting the couple to move to Oshawa where Bill started a family medical practice. The twins, Tom, and Steve, were born in 1963, completing the Spragge household. Bill enjoyed being a physician and was always up for a lively debate on the testing and treatment practices for the ailments he saw. When his practice first opened, he joked about how he was often paid in home-made wine (reportedly, not very good), eggs, and chickens. In 1970, Bill and his family relocated to Montreal to attend McGill University where he completed a second residency in radiology and completed his fellowship in New York City at the Hospital for Special Surgery. He was a member of the medical support staff for the Canadian team during the 1976 Olympics in Montreal. Bill and his family relocated to Kamloops BC in 1979 to work at the Royal Inland Hospital, where he worked until 2005. Bill was an avid outdoorsman. He and some of his cronies retraced one of the canoe routes of the coureur de bois from Great Slave Lake to Winnipeg, as well as taking many family vacations in Algonquin Park and at his fishing camp in northern Ontario. Bill loved playing the piano and was always happy to lead sing along sessions with friends and family. He continued to ski and play golf into his 70’s. In later years, Bill and Sybil traveled the world together – visiting locations throughout, Asia, Europe, and Africa - soaking in the history and culture of the countries they visited. They enjoyed entertaining their friends both in Kamloops and at their cottage on the Shuswap. Long known for his sense of humor, unending intellectual curiosity, musicianship, and loyalty to his friends, Bill was an active volunteer with the Salvation Army and a member of the St. Paul’s Cathedral community. An interment will be planned in Kamloops at the Hillside Cemetery next year once the border is reopened. Special thanks are extended to the staff of Rosemary Heights for the care they provided Bill. In lieu of flowers a memorial donation can be made to either St. Paul’s Cathedral or online or in person to the Kamloops Salvation Army.
See more See Less