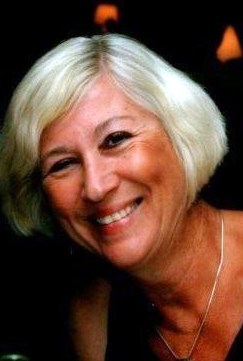 It is with profound sadness that we share the loss of our beloved Loretta who passed away on Friday June 12, 2020 after a very brief, but courageous fight against an aggressive cancer. She passed away in her home surrounded by family, music and love. Loretta was an extraordinary woman with a vibrant, beautiful, fun-loving soul. Loretta left this world at far too young an age with still so much that she hoped to do and share with her family. Loretta was blessed in life with a most loving and devoted husband, Michael, whom she met at Lord Byng Secondary 50 years ago. They were days away from celebrating their 40th wedding anniversary. They were a formidable pair, there wasn't anything they left undone in their life together. Their love was simply meant to be. They proudly raised three beautiful daughters, Alana, Erika and Tamara and resided in White Rock, BC. Loretta attended Queen Mary Elementary School and Lord Byng Secondary- where she was the Class of 1974 Valedictorian. She attended UBC and received her degree in Music, before entering the Education faculty to receive her Masters. Loretta's life was dedicated to music. She was a gifted musician and spent her career teaching music to elementary school children. As a music teacher, she was actively involved in leading her students in performances, concerts and musicals. She always inspired her students to reach their fullest potential. She played her grand piano with passion and precision and completed her ARCT with the Royal Conservatory of Music in her late teens. She also sang in multiple choirs and played many other instruments. Her gift to others was through her love of music. Loretta leaves behind her husband Michael and her daughters Alana (Josh), Erika (Tristan) and Tamara( Jordy), and one sister, Gloria Back (Ian). Loretta is predeceased by her parents, Olga Roberts (2012) and Bernard Roberts (1983). She also leaves behind two adoring granddaughters, Ava and Rory, who knew her as ‘Grammy’. Loretta loved more than anything being a Grammy to her two young granddaughters and played a very special role in their lives. She also leaves behind sisters-in-law Jutta (Trevor) and Esther, and brothers-in-law Ron (Linda) and Roland (Gail). In addition to her immediate family, she leaves behind many broken hearts in the Schmidt and Roberts families, and a huge circle of friends from all walks of her life. As well as Loretta's love of family, friends and music, she loved to travel. Loretta and Mike enjoyed many cruises together, including to Mexico, the Mediterranean, the Baltic, Southeast Asia and Alaska. There were also several vacations shared with her daughters for special occasions, motorhome excursions with friends and family, and many trips spent exploring beautiful British Columbia. Our lives are better because we have been touched by the love of Loretta. She will be remembered as an incredible wife, mother, grandma, sister, aunt, and friend who was dearly loved and admired by all who knew her. Loretta, we will all miss your sparkling personality, passion for music, and zest for life. We would like to thank the Palliative Care team at the White Rock Home Health office, Dr. Collins, the many nurses, and supportive care aids. In lieu of flowers, donations can be made to the Loretta Schmidt Memorial Bursary. A private family gathering will be held for Loretta at this time. Due to COVID-19 restrictions, a Celebration of Life will be announced at a later date, to which anyone who knew and loved Loretta will be welcome.
See more See Less

In Memory Of Loretta Hunt Schmidt