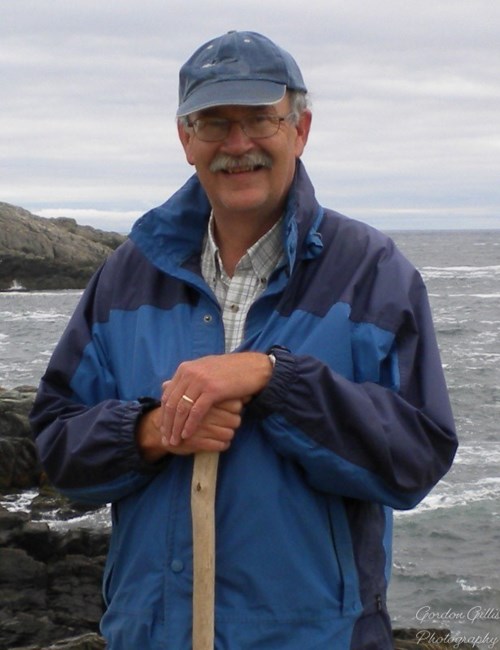 It is with broken hearts that we announce the passing of our beloved husband, brother, uncle and friend Gordon Patrick Gillis. He passed away, with his loving wife, Heather, by his side, at the Cape Breton Regional Hospital, on July 1, 2021. He was 69 years of age. Gordon was a quiet person with a big kind heart and a great sense of humour. His curious nature and intelligence kept him engaged with the world around him. He could fix just about anything, but he took a special interest in computers and electronics. In his early days, he developed a love for amateur radio and then later Gordon worked, as a technician, for CBC radio. He did this for nearly 30 years, until his retirement. Upon leaving CBC, he was able to spend time on some of his interests, birding, exploring nature, photography and woodworking (cabinet making). Gordon was blessed to share his life, love and a special bond with his wife Heather. They truly enjoyed exploring the back roads of Cape Breton, taking in all that nature had to offer. For Gordon, this was done through the camera lens, a passion, at which he excelled. Heather’s parents often accompanied them on their journeys. Besides his wife, Heather, Gordon is survived by his sister Ronelda MacDonald (Vincent) his nieces and nephews, Erin MacDonald (Ryan Gutoske), Jeffrey MacDonald (Marianne), Cindy (Pembroke) Braunmiller (Trevor), David Pembroke (Mary) and their respective families. Gordon is also survived by Heather’s parents, Eileen (Allen) and Donald MacAulay and brother-in-law Donald MacAulay (Mary Gail Wrathall) and their son, Kyle MacAulay (Nicole Pronk). Gordon was predeceased by his parents Ronald and Elsie (Keefe) Gillis and one sister Martha ‘Elaine’ Pembroke (Michael). Due to limited seating, a private service, by invitation only, will take place on Thursday, July 8, 2021, at 2 pm, at United Heritage Church, Sydney, NS. Those unable to attend may join the livestream on TW Curry’s Facebook page starting at 2Pm on Thursday. Cremation has taken place. Memories and condolences may be forwarded to the family by visiting www.twcurry.com. If desired, donations in Gordon’s memory may be made to either the Hospice, Palliative Care Society of Cape Breton or a charity of your choice. The family would like to thank the health care professionals, who so compassionately cared for Gordon, throughout his illness, VON, Cape Breton Regional Hospital, and An Cala Palliative Care Unit. “And He will raise you up on eagle’s wings…”
See more See Less

In Memory Of Gordon Patrick Gillis