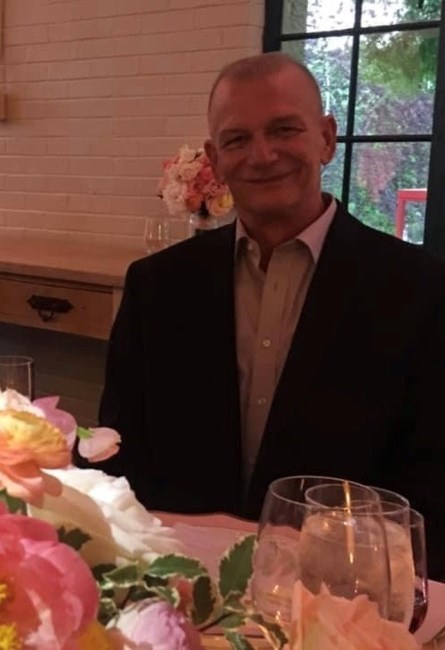 Mark Thomas Dorsey, 59, died Thursday, May 12, 2022 at Sylacauga Health & Rehab. He was preceded in death by his father, Don Dorsey, and nephew, Ryan Gustafson. He is survived by his wife, Karen Dorsey; son Hunter Dorsey; mother, Mary Dorsey; sister, T. L. (Brian) Gustafson; niece, Samantha Gustafson; two great-nephews, Kade, Jude; and great-niece, Lily. Mark was born on May 4, 1963 in Houlton Maine, growing up in Caribou Maine, where he graduated from Caribou High School in 1981. He spent the next 4 years in the Army where he served in Ft. Carson, CO, Fulda Germany, and Ft. Lewis Washington as a 19 Delta Calvary Scout. He met his wife, Karen in Germany, where she was serving in the U.S. Army as well. They were then married on April 7, 1986 in Alexandria, VA. They spent the early years of their marriage in Maine and New Hampshire. They then moved to Sylacauga, AL in 1989 where they have resided ever since. Mark had been employed at Resolute Forest Products for over 30 years in Childersburg, AL. They welcomed their son, Hunter on October 24, 1998. Mark had a great passion for guns, motorcycles, and cars. He was a very mechanically talented self-made man. He enjoyed spending time with his son Hunter riding motorcycles for many years. He loved his dogs and often said they were better company than most people. He and his wife Karen enjoyed spending time together outdoors. He was a wonderful man and will be greatly missed.
See more See Less

In Memory Of Mark Thomas Dorsey