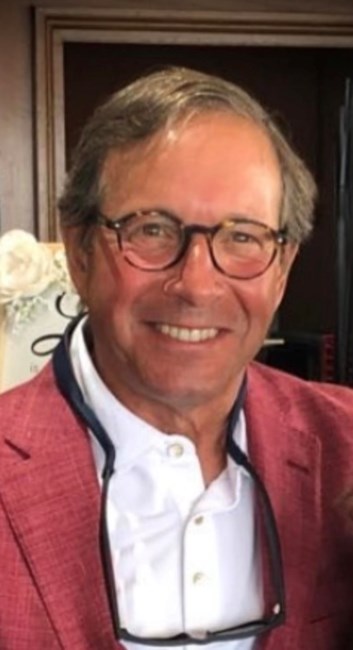 Anthony Salvatore Trombino, age 65, peacefully passed away on September 14, 2022, while surrounded by his loving family. Anthony, also affectionately known as Tony, was the beloved husband of Cathleen Mary, cherished father of Brian, Peter, Christopher and Elizabeth and adored “Pa" to six grandchildren.  Anthony was born in Flushing, Queens, on November 14, 1956, to parents Anthony Sr. and Frances Trombino. He was raised in Glen Head, New York, and attended Saint Mary’s Boys High School, where he excelled as an athlete. Tony proudly graduated from Villanova University in 1978. On September 11, 1981, he married his high school sweetheart, Cathy Gross of Manhasset. Together, they raised four beautiful children in Huntington Station. Tony and Cathy filled their home with love and faith. They became part of numerous faith-based communities, including St. Hugh of Lincoln, St. Anthony’s High School, and Saint Patrick’s Parish. Tony exemplified what it meant to live a Christ-centered life–his kindness, patience, and ability to love was unlike any other. He was the ultimate family man and always put his family first. He loved spending time with his loved ones and was always fully present while in their company. Tony made each and every person feel special and cared for–because of this, he maintained many close relationships, held lifelong friendships, and easily made new friends.  In the early years of his career, Tony worked alongside his father at Crossman Cadillac, where he served as the general manager and treasurer. Later, he used his unique skill set in finance and business management to benefit organizations such as KinderCare Learning Centers, Adults and Children with Learning and Development Disabilities (ACLD), Our Lady of Lourdes Catholic Church, St. Patrick’s Catholic Church, and the Franciscan Brothers of Brooklyn. Additionally, Tony served as chairperson for the St. Anthony’s High School Golf Outing and was a member of the St. Anthony’s H.S. Father's Guild.  Throughout his life, Tony was an avid sportsman and tremendous competitor–especially in the game of golf. He won the Long Island Jr. Amateur and was the former club champion at both Brookville Country Club (4x) and Nassau Country Club (2x). He cherished his time on the golf course, especially when sharing it as a foursome with his sons. Tony’s love for athletics extended beyond golf, as he was an avid Villanova basketball fan and managed the Saint Hugh of Lincoln Basketball Program for ten years.  Tony is survived by his wife Cathy; children, Brian (Jacqueline), Peter (Chelsea), Christopher (Lucy), and Elizabeth; and his adoring grandchildren, Lucas, Quincy, Frances, Bennett, Joseph, and Austin. His mother Frances; sisters, Judith (Jay) Marten and Karen (Chuck) Romani; as well as three sisters-in-law, five brothers-in-law, and many nieces and nephews. His memory will be cherished, and he will be deeply missed.  In lieu of flowers, donations can be made in his memory to St. Anthony’s High School, please reference Tony Trombino Scholarship Fund. Fond memories and expressions of sympathy may be shared at www.beney-fh.com for the Trombino family.
See more See Less

In Memory Of Anthony Salvatore Trombino