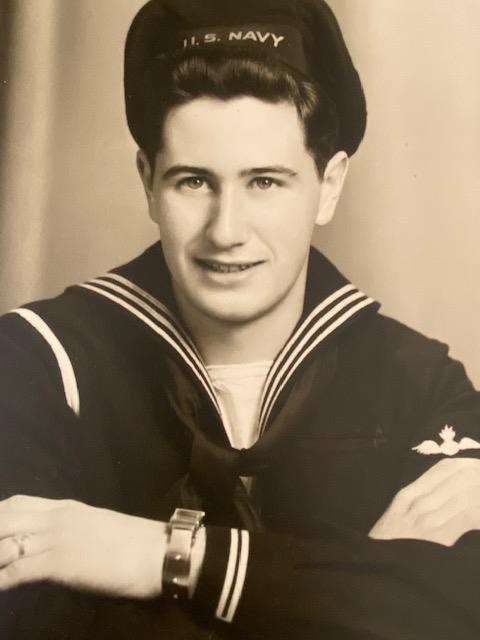 Edward Joseph Bianchetti passed away peacefully on Saturday May 7th 2022 at the age of 94. Born in NYC, growing up in Astoria NY, and later residing in Syosset, he proudly served his country in the US Navy aboard the USS Salisbury Sound through two tours of duty, and upon returning to civilian life, bravely served 22 years as patrolman with the New York Police Department, and later providing security and chauffeur services to top executive leadership at major automotive companies including Ford and Mercedes Benz. His spare time included his passion of playing many rounds of golf for numerous years, telling Navy and Police stories based on his years of experience, but always making his family his priority. Pride and hard work drove his enormous level of energy through his 94 years. Married for 64 years to his loving wife Helen who passed away in 2017, and having sons Kenneth - wife Mary, Thomas - wife Margo, and Michael, and five grandchildren. We are all so saddened by the loss of such a great man and hold this day as a celebration of his life, love and strength. A great Son, Father, Grandfather, Husband, Brother, Uncle and Friend who will be greatly missed. Fond memories and expressions of sympathy may be shared at www.beney-fh.com for the Bianchetti family.
See more See Less

In Memory Of Edward J. Bianchetti