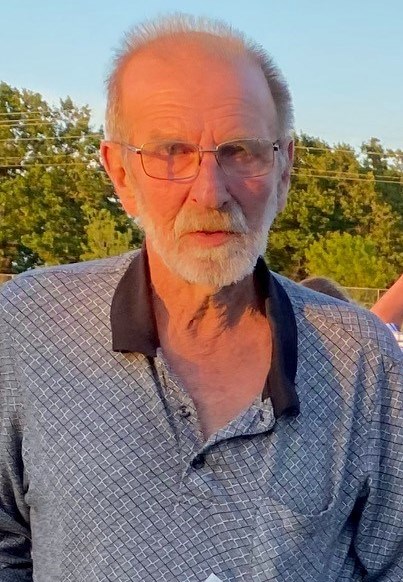 Danny Eugene Cook was born on December 5th, 1954 in Muskogee, OK, the son of Rufus Corbin and Kathleen Naomi (Dause) Cook. He grew up in a household with three brothers and three sisters, Bobby, Jimmy, Johnny, Sally, Carol, and Betty, with Danny being the youngest. He attended and graduated from Ft. Gibson High School. He then began his working career with Greenleaf Nursery as the Maintenance man and general all around Mr. Fixit. He married Kathy Yandell and together they raised a family of three boys, Danny Jr, David and Dale Cook, and his wife preceded him in death in 2018. Danny was a hard working, dedicated employee. When the time came to go home, he liked to do a little hunting and fishing. Every year he packed up the kids and grandkids and took them to the river for a fun filled week of camping and cooking under the stars. His unique sense of humor made any trip with the grandchildren fun. There were trips to Branson, MO and he couldn’t wait to spend time with his kids and grandkids, they were his favorite people on earth. He loved gathering all of his brothers and sisters together at holiday time to spend a day together and have some food and fellowship to make the day even better. He passed from this life on Thursday, May 12th, 2022 at his home in Welling. He was 67 years old and will be greatly missed. He is preceded in death by his grandparents, Arlie and Elizabeth Cook and B.E. and Sally Dause. He also joins his mother, father, two brothers, Jimmy Cook and Johnny Cook and one sister, Betty Spencer. Those left to cherish his memory include his son, Danny Cook Jr. and wife Shawn of Vian, OK, and David and Dale Cook of Tulsa, OK. He leaves his brother and two sisters, Bobby Cook of Muskogee, Sally Farley of Muskogee, and Carol Smith and husband Tom of Ft. Gibson. Danny lives on in his nine grandchildren, Mariah Cook of AZ, Sarah Garcia and husband Dylan of Muskogee, Zack Cook of Arkansas, Lexi Cook and companion Tyler Wright of Tahlequah, Whitney Cook and companion Nick Pacheco of Tahlequah, Kaccie Noisey and husband Will of Vian, Jeremy McElhaney and wife Rachael of Gore, OK, Lauren McElhaney of Sallisaw, and Brittany Cook and wife Brandy of Tulsa, OK. He also leaves his 13 great grandchildren, and many nieces, nephews cousins and a host of friends and loved ones, and co workers at Greenleaf Nursery , too numerous to mention. Funeral Services for Danny Eugene Cook will be held on Monday, May 16th, 2022 at 10:00 Am at Reed-Culver with his family paying tribute. His family will have a visitation for him from noon until 2:00 PM on Sunday, May 15, 2022 at Reed-Culver Chapel. Fond memories and expressions of sympathy may be shared at www.reedculver.com for the Cook family.
See more See Less