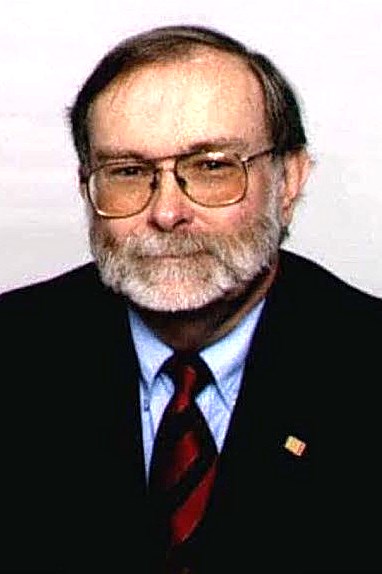 Stewart Michael Condren Ph.D. or “Mike” as he was known to so many, entered this life on September 13, 1942, the only child of Stewart Milton and Margaret Chloe (Hill) Condren in Fort Smith, AR. Mike graduated high school in Van Buren, AR. He then went on to further his education, receiving a Bachelor of Science from the University of Arkansas in 1965. Mike then attended the University of Missouri at Rolla, where he earned his Master of Science in 1967 and his Ph.D. in Chemistry in 1971. After earning his Ph.D. Mike went on to become a professor at The University of the Ozarks in Clarksville, AR. It was at The (then) College of the Ozarks where Mike met the love of his life, Jan Cole. They were married on campus, in a Quaker Meeting for Worship. She learned to love trains and Razorbacks; he supported her through eight years of working full time and attending seminary. Mike continued to teach at The University of the Ozarks until 1981, when he took a position with Christian Brothers University in Memphis, TN. In 1994 he also became a visiting professor at the University of Wisconsin. He retired from both universities in 2009. Mike loved teaching chemistry to his students, to his family, and in every way he could. He was a lifetime member of the American Chemical Society. He helped develop educational tools at the University of Wisconsin, and loved to put on demonstrations in his own classroom, in his children’s schools, and eventually in his grandson’s. He liked to start every class with a BANG. Mike showed his love for God and the church in all that he did. He served as a deacon in Clarksville, Memphis, and Tahlequah. In Memphis, he was Property and Grounds chair—twice. In Tahlequah, he was part of First Presbyterian Church’s backpack ministry, and sat at the front every Sunday. Mike loved trains of every sort. Family and friends spent countless Friday nights in the garage working on his model railroad, followed by slideshows of recent train photographs. Many of his photographs were published in train books and magazines. He managed a website well-known throughout the railroading community. Sunday evenings were spent on Kentucky St. in Memphis, photographing trains crossing the Mississippi River bridge. The hobby was a source of joy for the whole family. It is fitting that Mike’s death occurred on the 40th anniversary of the end of his favorite railroad—the Frisco. Mike had a deep love for animals, especially cats, a love that his children and grandson inherited. Family pets included everything from dogs and cats to ferrets and hermit crabs. Mike loved the Arkansas Razorbacks. A part of the Razorback band, he loved to tell the story of playing for President Kennedy, and he loved to talk about being a part of the graduating class of 1965, which won the National Championship. Mike contracted COVID-19, and after a short battle with this awful disease, left this life to be with the Lord on Saturday, November 21, 2020 in Stilwell, OK. He will be missed dearly by all his family and friends. He is preceded in death by his parents. Left to cherish Mike’s memory include his wife Rev. Jan Condren of the home, two children Virginia and husband Patrick Cruanes and Matt Condren all of Metairie, LA, one grandchild Shawn Reason, a cousin Richard Skinner and wife Sandra of Bartlesville, OK, as well as many more cousins, friends, and loved ones. Funeral Services will be held at First Presbyterian Church in Tahlequah, OK on Friday, November 27, 2020 at 10:00 am with Rev. Tammy Schmidt officiating. Those wishing to attend the service will need to contact Reed Culver Funeral Home at 918-456-2551 to receive the information to join through Zoom, or join on Facebook Live on the Reed Culver Facebook page. Interment will follow at Muldrow Cemetery in Muldrow, OK, with Friends Minister David Nagle providing the committal service. In lieu of flowers, the family asks that people thank health care workers and first responders, help their neighbors who are suffering from the economic effects of COVID-19, wear their masks faithfully, celebrate Thanksgiving, Christmas, and other winter holidays only with people in their immediate households, and remember that we are all in this together.
See more See Less