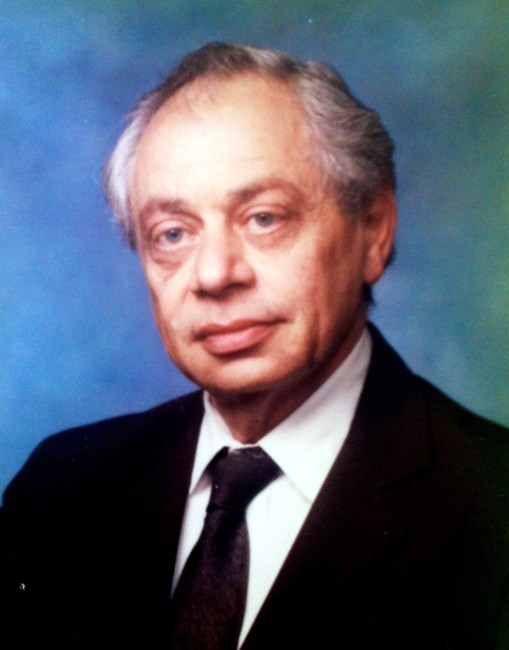 Longtime Harrisburg attorney, Edgar R. Casper – prominent legal theorist, father of Pennsylvania’s modern civil service code, and the only Pennsylvania attorney know to have survived Nazi Germany’s Kristallnacht – died Saturday, July 2 in his retirement home in Tallahassee, Florida. He was 88. Mr. Casper died peacefully in his home with two of his four children at his side. Born September 1, 1927 in Germany, Edgar escaped with his family after the Gestapo arrested his father, a prominent Jewish attorney in Berlin. The family fled from Berlin to London in November of 1938, only days after the infamous Kristallnacht (Crystal Night). Attorney Casper studied at the University of London, earning his LLB in 1947, and his LLM in 1948, before immigrating to the United States, where he also earned his LLM at The Harvard School of Law, in 1954. He served briefly as a visiting professor at the University of Pennsylvania Law School in 1955, before accepting a professorship at Dickinson Law School in 1956. While serving as faculty advisor of the Dickinson Law Review, he was eventually appointed as Associate Dean. Some credit Casper for his roll in improving the bar admission rates at Dickinson Law School during his tenure. Casper then joined the Office of Attorney General. After being appointed by Attorney General Herbert B. Cohen, under Governor George Leader, Casper remained a Deputy Attorney General for 13 successive gubernatorial appointments. Casper left the Attorney General’s Office when Gov. Richard Thornburgh took office, and became Chief Deputy Attorney General of the Department of Public Welfare. Ironically, Casper was eventually admitted to the Pennsylvania Bar, January 1, 1961, four years after joining the Attorney General's office. While serving the state of Pennsylvania, Casper also fathered Pennsylvania’s revised Civil Service Code, which was enacted into law in 1963. Many of his cases, argued before the Commonwealth Court, were in defense of the Pennsylvania Civil Service Commission. Ed was counsel, either as Deputy Attorney General, or subsequently, in private practice for 39 published cases. These include two appearances before the U.S. Supreme Court, eleven before the Pennsylvania Supreme Court, two before the U.S. Court of Appeals for the Third Circuit, two before Federal District courts, twelve before the Pennsylvania Commonwealth Court, and six before the Pennsylvania Superior Court. Most notably: • Shapiro v. Thompson, a 1969 U.S. Supreme Court case, Casper went up against Harvard Law Professor Archibald Cox, later of Watergate game. Nonetheless, Casper, along with the Attorneys General of Connecticut and the District of Columbia, prevailed when Justice William Brennan, speaking for the Court, upheld state law imposing residency requirements in order to prevent welfare payments to non-residents. • , Williamsport v. Pa. Dept. of Agriculture, November, 1970, wherein the City of Williamsport, PA sought a writ of mandamus to compel the Commonwealth to sue the Williamsport Municipal Water Authority to stop fluoridation of the city’s water supply. Casper successfully argued that the writ could not be issued because the public interest would be “injuriously affected” and that the city’s objective was “inequitable, oppressive and excessively burdened.” Casper persuaded the Commonwealth Court to conclude that the writ would “needlessly and aversely affect the water supply of millions of citizens throughout the Commonwealth and result in disorder and confusion” among Commonwealth agencies. Additionally, Attorney Casper is cited by the U.S. Court of Appeals in several prominent cases, including, Tidewater Oil Company v. Jackson, a 1963 case involving wrongful water flooding of an oil lease. The court cited Casper’s Judicial Regulation of Discordant Land Use Interest, appearing in 61st volume of the Dickinson Law Review, January, 1957, in support of its holding that although water flooding is scientifically acceptable, the water flooder may not conduct operations that risks substantial injury to adjourning property of non-assenting lessees in the common reservoir, without incurring liability. It was such cases, arguing the equalities of the law, where Casper excelled in legal theory. Drawing upon his encyclopedic memory of English and U.S. decisional authority, legal maxims, and treatises of Oliver Wendell Holmes, Roscoe Pound, Karl Llewellyn and Casper’s hero, Jerome Frank, Casper outwitted his courtroom adversaries time and time again. It is also believed that Casper is among the last of surviving attorneys, to argue before the Commonwealth Court in it’s inaugural year, 1970. Former Supreme Court Justice William Lamb and Attorney, John Killian join him as the last known of the Pennsylvania Bar to appear in the Commonwealth Court’s inaugural 1970 term. In addition to his professional accomplishments, Mr. Casper was also an avid bridge player. Ed played for many years at the Harrisburg Bridge Club, in Camp Hill, Pennsylvania and most recently, at the Tallahassee Bridge Club. Edgar also played the game at the local senior center in Tallahassee Florida. He was very proud to have achieved the level of Gold Life Master in this strategic game. Even in his last days, he wanted nothing more than to play the game of bridge on his computer. Those closest to him will know that he was also an enthusiastic fan of golf, tennis and boxing. Whether it was the French Open or the Masters, Ed was sure to be watching. Few know that, as a youth, Ed was quite a pugilist himself, and never lost his fondness of the sport. Attorney Casper is survived by four children: Patricia Boscaccy of Mechanicsburg, Pa; Debbie Ferguson of Tallahassee, FL; Ginna Plott, also of Tallahassee; and Jack Sadden of Dallas, Texas. Edgar is also survived by five grandchildren: Meagan, James, Katie, Christina, and Johanna. He is preceded in death by his wife, MaryAnn and his sister Helga; as well as multiple schnoodles and schneeblefimfs. A private family service will be held at Lee's Place in Tallahassee, Florida. A public Memorial Service will be held in the Capital Rotunda, in Harrisburg, Pennsylvania on August 1st, 2016 at 12:30 P.M. In lieu of flowers, the family is requesting donations to be sent, in honor of Ed and MaryAnn Casper, to Big Ben Hospice of Tallahassee, Florida. 1723 Mahan Center Blvd. Tallahassee, Florida 32308 www.bigbenhospice.org/donate
See more See Less

In Memory Of Edgar R Casper