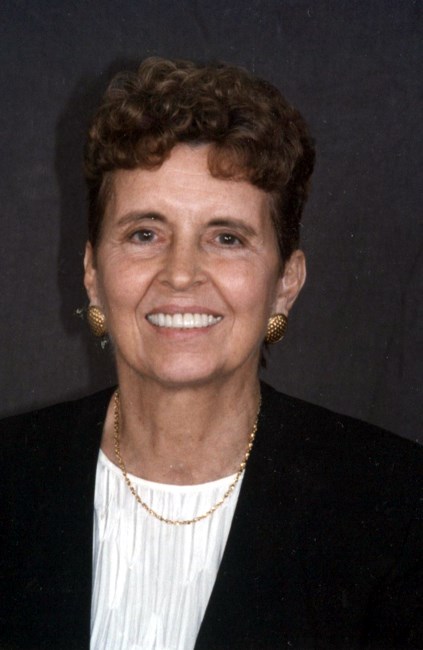 Frederica Lucille(Teddy) McOuat Passed away after a brief illness on Wednesday, August 6, 2014 in Tallahassee, Florida. Teddy was born on July 1, 1929 to Lucille and Frederick Clayton in Oswego, NY. After attending school in Oswego, she travelled to Buffalo at age 16 to attend nursing school. She graduated from the E.J.Meyer Memorial Hospital nursing program in 1949 as a Registered Nurse and began her long career as a supremely talented and untiring nurse extrordinaire. In 1959 Teddy and her adoring husband David C. McOuat left the snowy North with their daughters, Maureen and Terri and headed to sunny Florida. They tried some of those “other” towns, but one was too “Gator-y” and then another was too “Hurricane-y”. Finally, along with toddler-Seminole, Douglas, they all found home in Tallahassee in 1966. After several years working at Tallahassee Memorial Hospital, Teddy became the first Head Nurse of the first hospital floor in the region dedicated to spinal cord injury in the early 1970s. By 1978, a Neuro Intensive Care Unit was implemented at TMH and she became Head Nurse of that unit. Teddy was a fierce caregiver. It has been said that although her patients were among the most critical at the hospital, nowhere could you find patients who were better cared for. She was a true hands-on nurse and touched patients and their loved ones both physically and emotionally. Teddy was the first nurse in Florida to become a nationally Certified Neuroscience Registered Nurse. In 1985 Teddy became Tallahassee Memorial’s Neuroscience Clinical Coordinator. At this post she was instrumental in TMH becoming a Class A State Designated Spinal Cord and Head Injury Medical Center. She assisted in developing statewide Standards of Care for spinal cord injury patients. That Florida plan went on to become a template for the National Standards of Care Plan. She also implemented the first Neuro Nurse Tech program at TMH. Teaching by example, Teddy left behind a legacy of some of the finest nurses to be found anywhere. She was tireless and fought like a tiger for the well being and rights of neuro patients and their families, both locally, and at the state and national levels. Once Teddy had been your nurse, she was always your nurse. She founded and ran the Head Injury and Stroke Patients Support Group. Even after she retired in 1994 she continued to shepherd that group and hosted many annual parties at her home and around the region for members and their families. There was not a phone call she wouldn’t answer, an errand she wouldn’t run, nor a legislator she wouldn’t lobby in the service of one of “her” people. She was a warrior with a dazzling smile! Teddy is survived by her devoted husband, David; daughters, Maureen of Lillington, NC, and Terri (Chris) of Holly Springs, NC and her wonderful son, Doug (Kim) of Niceville, FL. She loved and adored her six grandchildren: Michael, Kathy, Nicole, Cameron, Samantha, and Savannah. She is also survived by her “little” brother, Lonnie Clayton (Nancy) of Rio Rancho, NM; nephews Russell and Todd(Julie) and niece, Leslie(Joel) We will miss her smile and her” bling” and her sense of fun. Burial will be in Oswego, NY. In lieu of flowers we would wish for people to honor Teddy with a donation to Big Bend Hospice or to their own local Hospice.
See more See Less

In Memory Of Frederica 'Teddy' McOuat