A Memorial Mass will be held Saturday, February 11, 2023 at 2pm at Blessed Sacrament Catholic Church, 653 Miccosukee Road, Tallahassee, Florida directly followed by a reception in the Parish Hall. 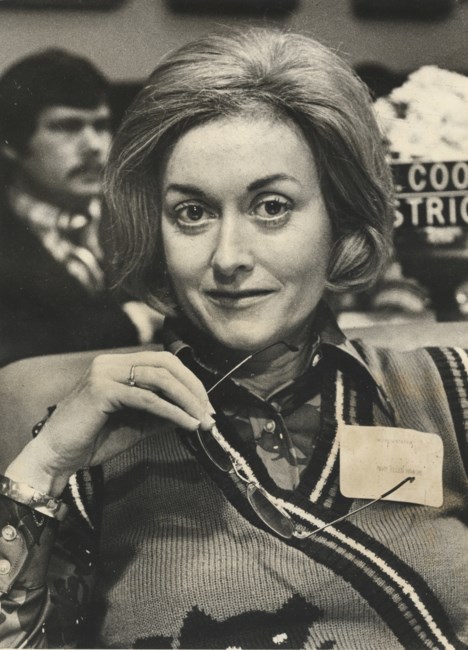 Mary Ellen Higgins Hawkins On Saturday, January 7th , Mary Ellen Hawkins, beloved Mother and friend to many, passed away three months shy of her 100th birthday. Mary Ellen lived a long and interesting life. She had an incredible memory and she loved telling stories about the history she witnessed, the people she met, and the events of her life. She spent much of her life serving others. Mary Ellen was raised in Clanton, Alabama in 1923 in very humble beginnings and her childhood spanned the Great Depression. She was known in Clanton as “Sis” Higgins. During World War 2, she worked as an aide to the Chaplains at Gunter Field in Montgomery, AL which served as a pilot training base for WW2 Air Corps pilots. She subsequently attended the University of Alabama until in the late 1940s, she was offered a job by her local Alabama congressman to work on his staff in Washington, D.C. For the next decade, she served on the staff of several congressmen in Washington including as the top aide to the congressman from Rochester, New York, Kenneth B. Keating. During her years as a congressional staffer, she would spend her off time in Naples, FL making the long drive down to southwest Florida in her car. In 1959, she married James H. Hawkins, moved to Americus, Georgia, and started a family. In 1972, after divorcing she moved her three children to her beloved Naples and took a job as a reporter with the Naples Daily News covering political and environmental issues. In 1974, she ran for the office of State Representative (Florida House of Representatives) in an enormous district which at the time included five southwest Florida Counties. She would serve in that district which would eventually shrink to just part of Collier County for the next 20 years. As a legislator, she shepherded numerous pieces of legislation dedicated to responsible growth in her district. Until her move at the age of 91 to Tallahassee, she served on many environmental, business, and cultural boards in Naples. She spent the better part of her 44 years in Naples devoted to making Collier County and Southwest Florida a better place. Mary Ellen was very proud of her mastery of the legislative process. During her 20 years as a member of the Florida House of Representatives from 1974 to 1994, she secured the passage of many pieces of legislation despite being a member of the minority party. She was renowned for her ability to work through controversial issues with respect and compromise. She was most proud of her work in creating the Big Cypress Basin in Collier County, of a measure enforcing gender equity in high school sports which would lead to more scholarships for young women particularly for fast pitch softball, and of a measure strengthening enforcement of child support orders. Mary Ellen was a lifelong fan of symphony music, opera, and the performing arts. In the late 1970’s, Mary Ellen became a supporter of the Naples Marco Philharmonic Orchestra. She played a key role in its development by securing millions in state funding and serving on the Board of Directors helping to build the orchestra into what it has become today (Artis Naples). After moving to Tallahassee in 2014, she was thrilled to discover the Tallahassee Symphony Orchestra. She looked forward to attending each performance of the past eight years. Mary Ellen had many talents. In the 1960s, in Americus, Georgia where she lived and raised her family, she taught elementary school art classes in Sumter County Georgia schools, actively sold portraits she painted, owned a gift shop called “etcetera”, and helped establish a local theater group that is still active today. She also served as the chairman of the Sumter County Georgia Republican Party where she at times worked with her Democratic counterpart, Jimmy Carter, from nearby Plains, Ga. Mary Ellen had a rare combination of qualities which made her unforgettable to anyone she met. She was intelligent and kind with a selfless desire to help others, and she was utterly humble. Her unrelenting wit and an infectious smile will be missed by all. She was always available to anyone who needed help. Mary Ellen treated everyone she met with the same respect and kindness no matter their station in life. She was a mentor and an inspiration to many. We will all miss her dearly. She is survived by her children, Andrew Higgins Hawkins (Dianne), Elizabeth Hawkins, and Peter Hixon Hawkins; her grandchildren, Alexandra Hawkins, Connor Andrew Hawkins, Ashlee Mshar Hawkins, Heather Marybel Hawkins, Robert Marnell Hawkins, and Giavanna Maria Hawkins; and her great-grand children, Avalee Zelda Shazer and Robert Hixon Shazer. The family asks that in lieu of flowers, donations be made to either the Tallahassee Symphony Orchestra (850)-224-0461 or https://www.tallahasseesymphony.org/about/donate/ or Big Bend Hospice https://bigbendhospice.charityproud.org/Donate. A Memorial Mass will be held Saturday, February 11, 2023 at 2pm at Blessed Sacrament Catholic Church, 653 Miccosukee Road, Tallahassee, Florida directly followed by a reception in the Parish Hall.
See more See Less

In Memory Of Mary Ellen Hawkins