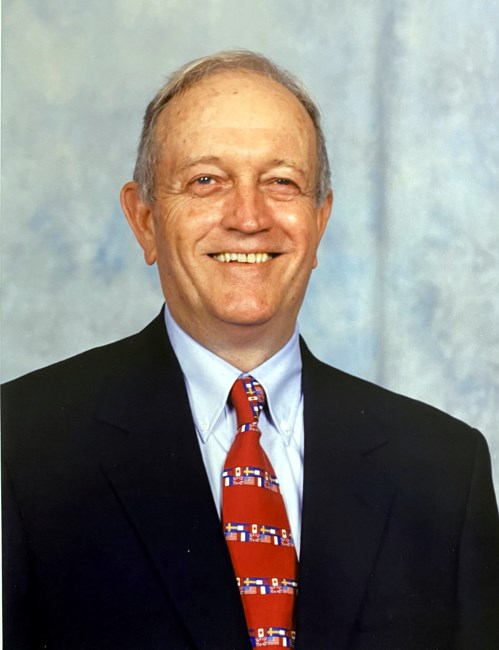 Paul Lawrence Driver, Jr., 81, of Tallahassee, Florida, passed away on September 19, 2022, after a short battle with cancer. Paul was born January 26, 1941, in Miami, Florida to Paul Lawrence Driver, Sr., and Claudia Hayden Driver DeBring. He was raised by his maternal grandparents, Harold and Gladys Hayden in Miami Shores. Paul attended Miami Country Day School, graduating in 1954. In 1958, he graduated from Miami Edison High School, later completing his undergraduate studies in business at Florida State University. He obtained his law degree from the University of Miami. Paul had many fond memories of his days at Miami County Day and his summers in the mountains of Georgia and Tennessee at Camp Cloudmont, where he developed his love for the outdoors and sports. He had a passion for aviation, and while in high school, earned his private pilot’s license at North Perry Airport in Broward County, Florida. He was an avid Florida State football fan, attending countless home games and the 2014 BCS National Championship at the Rose Bowl. Paul loved his country, and served in the US Air Force from 1961 to 1964 after graduating at the top of his class. Afterward, he was with the Metro-Dade Police Department for two years. Paul developed an interest in law through participation in the courts as a police officer. He spent most of his legal career as a prosecutor, beginning in Fort Lauderdale under District Attorney Phil Shaler, then Charlotte, North Carolina, under District Attorney Peter Gilchrist, and finally Tallahassee, Florida, where he practiced as Assistant State Attorney to Willie Meggs until his retirement in 2010. Paul successfully prosecuted several high-profile cases in North Carolina and Florida. He was considered an excellent trial attorney and public speaker, and loved being in the courtroom going head to head with defense attorneys. Many stories are passed around the courthouse about this legend. Paul instilled a love of adventure in the outdoors with his children and grandchildren, teaching them to swim, water and snow ski, and drive, and taking them on hikes and camping trips. He was very fond of bring his family together at Lake Norman and Lake Hartwell, where he enjoyed boating, skiing, and swimming. Paul enjoyed traveling with Kathy in the U.S. and abroad, his last big trip being Vienna, Austria this spring where he and Kathy attended Figueroa at the Vienna Opera house. Paul is preceded in death by parents Paul Lawrence Driver, Sr. and Claudia Hayden Driver Debring; and beloved grandparents, Harold and Gladys Hayden “Mom and Dad”, and Joseph and Ann Driver. Paul is survived by his wife of 38 years, Kathy McCorkle Driver; children Mark Gillingham (wife Susan) of Davie, Florida; Dawn Driver DeLucia (husband Apollo) of Atlanta, Georgia; Lesley Ritch (husband Richard) of Concord, North Carolina; and Timothy Gardner (wife Elizabeth) of Fort Lawn, South Carolina; grandchildren Hali Gillingham, Thomas DeLucia, Katelynn Ritch, Adam Ritch, Tyler Ritch, Aiden Gardner, and Jacob Gardner. Paul is also survived by his brother Barry Connor (wife Sally) of Jacksonville, Florida; sister Linda Driver Powers (husband Sam) of Dripping Springs, Texas; and sister Sharon Meyer of Miami, Florida; and many nieces and nephews. He will be missed dearly by all. A memorial celebration of life with reception to follow will be held on Monday, October 3, 2022 from 10:00 a.m. – 12:00 p.m. at Culley’s MeadowWood Funeral Home, Riggins Road. Interment with military honors will be held at 1:00 p.m. at Tallahassee National Cemetery.
See more See Less