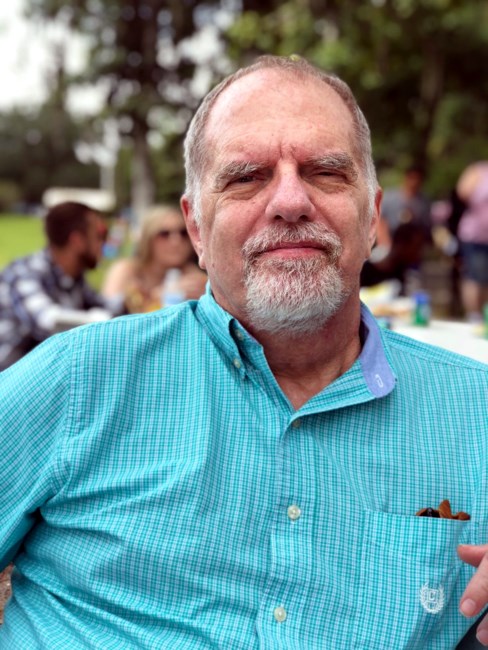 Richard Douglas Wilson, of Tallahassee, FL, died at the age of 67 on August 19, 2022. He was born in Miami, FL, on July 15, 1955. Richard and Kathy are members of Good Shepherd Catholic Church in Tallahassee, FL. Richard is survived by his wife of 48 years, Kathleen; his sister, Sandra; and brothers, Charles and Monte; his daughters, Allison, Annie, and Alexis; his bonus daughter, Nicolette; his 10 grandchildren; and 5 great-grandchildren; and a host of nieces and nephews, all who will miss him terribly. As a quintessential “family man,” his priorities were God, Kathy, his children! If you’ve met Richard once, you’ve likely never forgotten him. His authentic, genuine love for everyone he meets leaves a lasting impression. Richard’s passionate love for God was the source of his service to this world. He poured this love out to his family, his church, his community, and on mission trips around the Americas. He lived authentically, and with no shortage of compassion, of hard laughter, and gentle love. Richard will also be remembered as a loyal servant: “I remember when he helped me to move (and at least 40 other families) … when he took care of repairs at my house … when he mowed my lawn … when he visited me in the hospital.” Richard touched people’s lives; he made a difference where it mattered most. He shows up. Richard’s life echoes the words of Job; I rescued the poor who cried for help, and the fatherless who had none to assist them. The one who was dying blessed me; I made the widow’s heart sing. I put on righteousness as my clothing; justice was my robe and my turban. I was eyes to the blind and feet to the lame. I was a father to the needy; I took up the case of the stranger. I broke the fangs of the wicked and snatched the victims from their teeth. Job 29:12-17
See more See Less

In Memory Of Richard D. Wilson