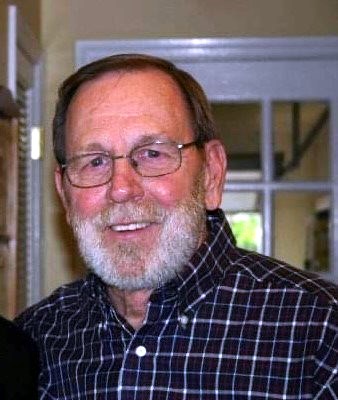 Roger Kesling passed away peacefully at his home on Tuesday, September 20th after a long illness. He was a beloved and devoted husband, father, grandfather, and great-grandfather as well as a respected businessman, but above all, he loved the Lord. What a remarkable man Heaven has welcomed. He will be dearly missed by his family as he was supportive, encouraging, loving, and was their biggest fan in anything they were doing. Roger was raised in Pulaski, Virginia with his mother, grandparents, and sister, Betty Ann Brandis. After graduating high school, he moved to Warner Robbins, Georgia, where he met his wife, Diane, and started their family. Roger was stationed there with the Army National Guard and served for 6 years, while beginning his career as a manager of several different companies. He was an innate leader, an innovator, and knew how to run things efficiently. He took his strong management skills to Home Depot where he worked for 17 years. He maintained their buildings in the southern states and was instrumental in implementing the Home Depot delivery service with a forklift attached to the back of a flatbed truck. He was also the originator of the Home Depot public rental van business. After a short stint of retirement and volunteer work, he went to work for Leon County Schools where he managed maintenance crews to support and maintain all the buildings for the school system. He was known for his incredible work ethic and attention to detail. Most recently, he began another career move as the Bureau Chief for General Services of the Florida Department of Juvenile Justice. His responsibilities included overseeing and maintaining the Juvenile detention centers throughout the state. Roger loved his church, Grace Church of Tallahassee, where he and his wife, Diane, served faithfully together for 20+ years. He was a loyal leader and deacon, directing in many capacities, as he enjoyed managing projects and serving the Lord. Roger enjoyed fishing of any kind, volunteering, watching his grandchildren participate in activities, and traveling with Diane to all parts of the world. He especially loved Dollywood and tried to go as often as possible. Singing in the Civic Chorale and the Tallahassee Barbershop Quartet also brought him great joy. His family was his world. He loved his wife of 57 years, Diane, and their two daughters, Kim McFarland and husband, Jeff, and Kathy Barrett and husband, Steve (passed away in 2015). He and Diane have ten grandchildren and 6 great-grandchildren. I have fought the good fight, I have finished the race, I have kept the faith. 2 Timothy 4:7 Donations may be made to Grace Church of Tallahassee, 731 N Gadsden Street, Tallahassee, Florida 32303
See more See Less

In Memory Of Roger L. Kesling