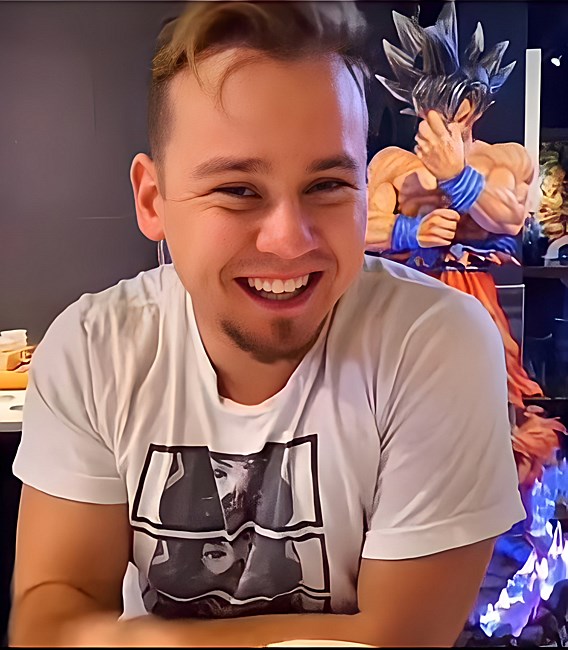 It is with great sadness that we announce the passing of our beloved son and brother, Nicholas. Nicholas Michael Gargaro (Nick to his friends but always Nicholas to his parents) was born on September 16, 1999, in Mississauga, Ontario, Canada. He was born with dark brown hair and beautiful green eyes and instantly became the center of his parents' world. Simple words cannot describe the joy that Nicholas brought into this world. Since being a baby, his infectious smile and constant twinkle in his eyes brought a smile to everyone’s face. As he grew into the inspirational young man he became, this joy of spirit continued. He strove not only for personal achievements, but to help his friends around him. Nicholas was a talented artist and musician. He was creative beyond compare and channeled his creative energy into every aspect of his life. Nicholas enjoyed playing the trumpet. During his high school years, he was a member of the Marjory Stoneman Douglas High School Eagle Regiment that won 2 State championships. He also played in the Wind Symphony concert band and enjoyed traveling to New York to perform at Carnegie Hall and Chicago to perform at the prestigious Midwestern Clinic. After graduation, Nicholas continued to support the Eagle Regiment as a clinician. He continued his first year at the University of Central Florida with the Marching Knights. He also joined the staff of the Windemere High School Marching Band and helped lead them to a SFWGA Class 5A championship in 2021. Nicholas was a very proud member of Drum Corps International playing with the world-renowned Cadets in 2019 playing Trumpet and 2021 playing Mellophone. His hard work and dedication to The Cadets was an inspiration. He loved his team, he loved marching, and he loved performing with each and every member. His memories and being an alumn were so important to him. FHNSAB. As an active participant in the Cos-play community, Nicholas was able to express himself and demonstrate his unique and creative artistic talents. He began this love early in life before he knew that Cos-play was even a thing but the art and the community quickly became a large part of his life. To his Cos-play community at large he was known for his great talent at costumes and makeup. The Cos-play community meant the world to him. As a friend, he was known for his humor, wit, and fierce loyalty and dedication. He maintained contact and friendship with people throughout his life, from his daycare best friend 20 years ago to his close group of friends from Georgia and Stoneman Douglas High School to the Cos-play community. He valued the friendships he had with everyone he met in life, and that love was returned to him. Although a young man of many musical and artistic talents, Nicholas also played MSD hockey and was a huge Flyers fan (and Panthers when not playing the Flyers), enjoyed scuba diving, participating in Spartan and other races, and going to the gym to “grind”. Nicholas was the developer, owner and proprietor of The Pixel Bar, an on-line nerd/character drink themed creation. He began at the beginning of the Covid lockdowns just to share some of his thoughts and fun with friends and 2 years later he has developed it into a substantial following on his Tik Tok and Instagram accounts. He loved seeing the comments on his drinks and loved knowing that so many people enjoyed his content creations. Nicholas Michael Gargaro passed away on September 18, 2022. Nicholas had contracted a very rare, and little-known autoimmune disease called Multifocal Motor Neuropathy (MMN). For the last two years he continued to live his life to the fullest never letting the impacts of this disease stop him from what he loved, being with the friends that he loved, and making the world a brighter place for those around him. Unfortunately, due to complications from a procedure intended to hopefully provide relief from the symptoms, he got an infection, and it turned septic. He fell ill on the evening of his 23rd birthday and died 2 days later. Our world will be a lessor place without Nicholas. His memory will live on through his deeds and friendships and love.
See more See Less

In Memory Of Nicholas Michael Gargaro