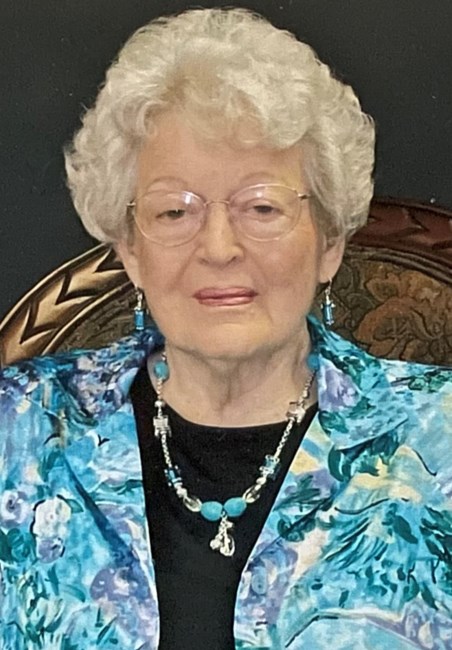 Mrs. Alice Gates, born May 20, 1926, in Fort Meade, Florida, was the seventh child of a Methodist minister, S.I. Hendrix, who served in the Florida conference for nearly fifty years. She attended Florida Southern College and the University of South Carolina and worked as a medical secretary until her marriage to Dr. Robert Gates, an Osteopathic physician, Fort Lauderdale, Florida. Her involvement in family, church, school and dedication to P.E.O. kept her life busy and happy. They had three children: Robert Jr., Lawrence T., and Alice Claire, who attended Cottey College and was initiated a member of Ch AM, Tampa, her Mom’s chapter. She had seven grandchildren, eight great grandchildren, and one great great granddaughter. In 1952, Alice was initiated as a charter member of Ch AU, Fort Lauderdale, FL, in the home of May Davis, 2nd VPFSC. May’s pet housekeeping spider was stationed above the officers heads the entire time! In 1954, the Gates family moved to Tampa-Lutz area and Alice transferred to Ch AM, Tampa, FL. She was elected to the Executive Board of FSC in 1971 and served for six years. She presided at the 50th anniversary convention, 1976-1977. The theme was “Golden Keepsakes, our Rainbows of Tomorrow.” Her devotion to family and P.E.O. kept her busy and she lived with Claire’s family for several years after the death of her husband in 1993. In 2006, she moved into the Masonic Home of Florida and transferred to Ch BC, St. Petersburg, FL. When Ch BC disbanded, she transferred to Ch FN, St. Petersburg, FL. Alice still played piano for Chapel services at age 95, enjoyed the planned programs and committees, knitted baby afghans for all her grandchildren and great grandchildren, knitted hats for the American Cancer Society and visited residents in the nursing center. She enjoyed being included in Ch FN and contact with her P.E.O sisters.
See more See Less

In Memory Of Alice Hendrix Gates