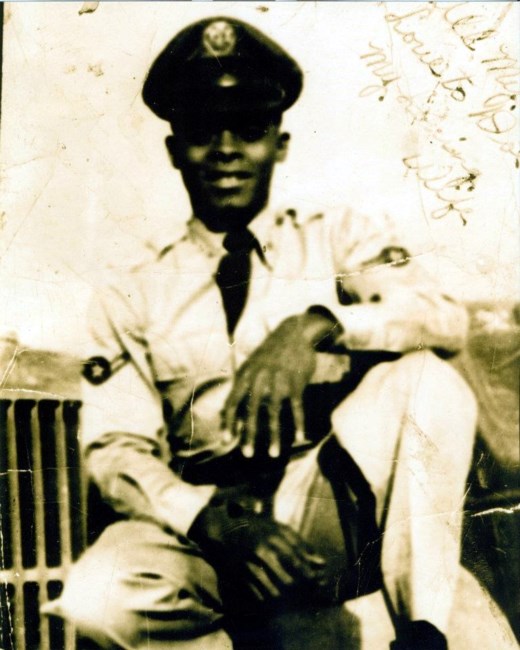 Obituary of Airman Isaac W. Anderson Sr. Airman Anderson was born in Brewster, FL and moved to Tampa, FL around 1943. While in Tampa he met and married Dorothy Mae Swain. Of this union one child was born Isaac W. Anderson Jr. Airman Anderson, wanting to provide for his family, proudly joined the United States Air Force. Returning to duty, after being home on leave, the plane Airman Anderson was on crashed into Mount Gannett, killing all 52 aboard. He leaves to cherish his celebration of life, one son Isaac Anderson Jr., 8 grandchildren; Tonja Anderson-Dell (Earnest), Nekisha Anderson, Antonio Lindsay, Isaac Anderson III, Brandy Anderson, Ebony Anderson, Jessica Anderson, and Iris Anderson, 28 great-grandchildren and 2 great great-grandsons, Special thanks to his niece Althea Anderson and nephew George Anderson.
See more See Less