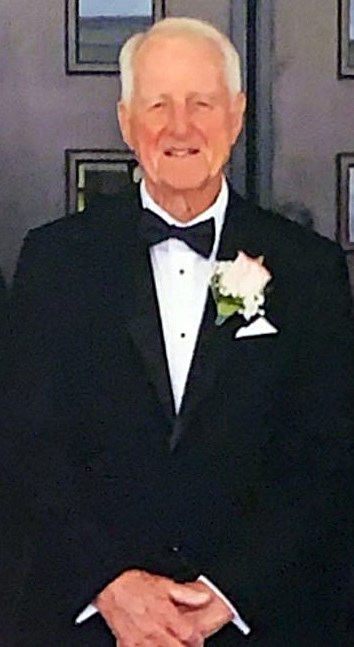 James Robert Snyder of Odessa, FL passed away on March 9, 2021 in Lutz FL. Jim was born in Dearborn, MI to Bernie and Margaret Snyder on August 15, 1932. He was the eldest of three children, Robert Snyder and Thomas Snyder were his younger brothers. He attended Dearborn, MI schools, graduating from Fordson High School and went on to earn a Master’s degree in Education at Eastern Michigan University while playing baseball and basketball. He was signed by the St. Louis Browns and his professional baseball career began. Through his tenacity and strong work ethic, Jim was active in professional baseball in various capacities for the next 60 plus years. He broke into the majors with the Minnesota Twins. During his professional career he played, coached, instructed and managed. He was proud to be part of four organizations that won World Series championships. After he retired Jim became an avid golfer and joined the Tuesday Scrambler group, where he made many good friends. He also bowled and loved to travel. Jim was a devout Christian. A member of St. Timothy’s Roman Catholic Church and enjoyed fellowship with the United Brothers in Christ group. Jim lived a full and exciting life. His warm and endearing personality gained him many lifelong friends from every aspect of his life. He had many adventures and he enjoyed telling his stories as much as the experience itself. James is survived by his wife Brenda Weeks Snyder, children Debra Russell, James and Stacey Snyder, Scott and Cathy Snyder, Fran Snyder and grandchildren Ryan Russell, Tessa Snyder, Mitchell Snyder, Brian Snyder and Matthew Snyder. Through his recent marriage to Brenda he became a much loved bonus dad for Marcy Weeks Ewell, Charles and Scott Weeks and bonus grandfather for Oliver, Ryan, Hayden, Daniel, Mackenzie and Fisher. Funeral Services will be held March 22 at 11:00 am at St. Timothy’s Catholic Church, 17512 Lakeshore Rd. Lutz, FL. 332558. In lieu of flowers the family requests donations be made to St. Jude’s Children’s Hospital in Jim’s memory (www.StJude.org/donate).
See more See Less

In Memory Of James Robert Snyder