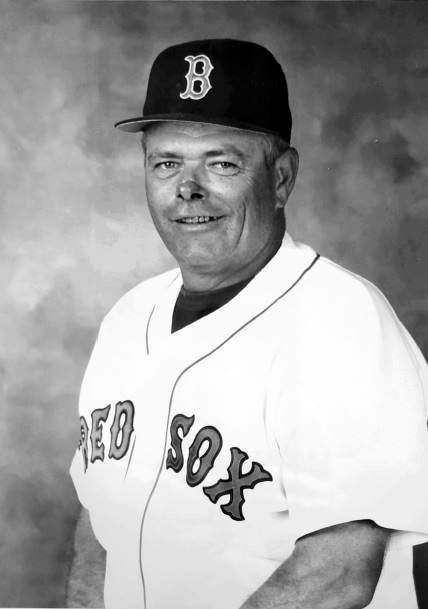 John Sheldon Cumberland, 74, of Westbrook Maine, Passed away peacefully at his home in Lutz, Florida on April 5, 2022. John was born to Kenneth and Elsie Cumberland. “Cumby” as he became known by his peers, went on to be a star on the baseball field at Westbrook High School and this led to a lifelong career in professional baseball. He made his major league debut as a 21 year old on September 27,1968 with the New York Yankees. From 1968 to 1974 John played for the New York Yankees, San Francisco Giants, St. Louis Cardinals, and California Angels. His grit, determination, talent, and passion were always showcased throughout his playing career. This, along with his extensive pitching knowledge, later became the hallmark of what he passed on to the numerous major league pitchers he worked with throughout his coaching career. John finally retired from the game in 2004 with his last stop being the Kansas City Royals. John also served in the Army Reserve during his playing days and is a member of the Maine Sports Hall of Fame. During his retirement, John dictated and assisted in his autobiography, Four C’s. He considered these a foundation for success. His four C’s are command, confidence, concentration, and control. John is survived by his wife, Patricia Anne Cumberland of 52 years. Together they raised a loving family of three sons, John Jr. and his wife Karen, Chris and his wife Tara, and Paul. He is also survived by his brother, Ken Cumberland; sister, Judy Plummer; and grandchildren, Courtney, Trevor, and Jordyn Cumberland. In Lieu of flowers, please make any donations to St. Jude’s Children’s Hospital in John Cumberland’s name. A Celebration of Life will take place at 11:30am on Tuesday, May 10th at Blount and Curry Carrollwood located at 3207 W Bearss Ave. Tampa, FL. 33618. Family will receive friends one hour prior.
See more See Less

In Memory Of John Sheldon Cumberland