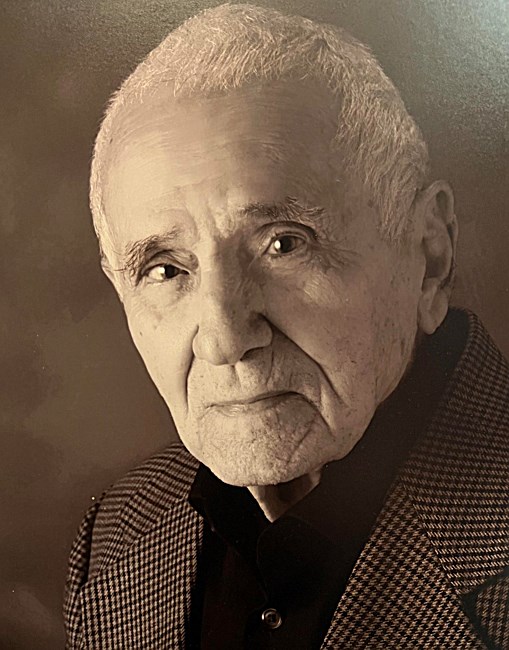 Juan Ignacio Figueredo of Tampa, Florida passed away on Wednesday, May 4, 2022. Juan was born on February 8, 1925 in Güira de Melena, Cuba. He is survived by his loving wife of 60 years, Josefina Farias Figueredo (85). His sister, Alejandrina Figueredo Alvarez (102) and brother, Modesto Figueredo (92). His sons, Alberto (71), Jose Carlos (58), Victor Manuel (57), Jorge (56) and Juan Ignacio Jr (55). His biggest and proudest accomplishments were his 12 grandchildren and 10 great grandchildren. On the morning of February 22, 1962, Juan Ignacio Figueredo accompanied his first-born son, Alberto Figueredo to Jose Marti Airport in Havana, Cuba. Alberto was headed to America to live with a family through Operation Pedro Pan. He was able to make this tough decision to send his son to America due to his strong faith and his belief in teachings of the Catholic Church. Four years later the rest of the family joined Alberto here in America where Juanito could finally be free to practice his religion and raise his children in freedom. With not a penny to his name, his hard work fed his family and laid the foundation for a beautiful life. Many know him because of his work ethic, always fixing things, always on the move, but underneath that busy exterior lived a sweet, soft soul. Juan was easy to love and that is why children and animals gravitated to him. It’s also why all of his life he donated to children's charities. When he finally did rest, you would find him fishing with his boys, hunting, or playing dominoes with his friends. Later in life, he lived for his grandchildren and great grandchildren. They were his joy. For 60 years, Juan Figueredo cherished his wife Josefina Figueredo, the love of his life. He believed in heaven and the grace of God. And he is resting in peace with his savior now. In lieu of flowers, the family asks to donate to a charity of your choice in honor of Juan Ignacio Figueredo. The family will receive visitors on Monday May 9, 2022 at 9:00 am at Blount & Curry Funeral Home, 4207 East Lake Ave, Tampa, FL 33610 Fond memories and expressions of sympathy may be shared at www.gardenofmemoriestampa.com for the Figueredo family.
See more See Less

In Memory Of Juan Ignacio Figueredo