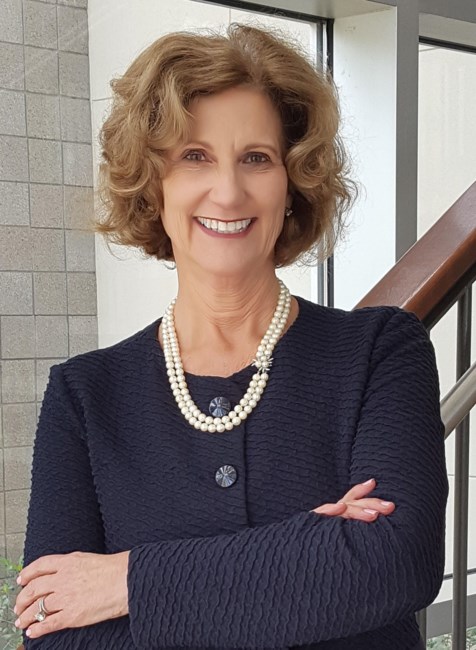 Kathryn “Kathy” Hyer, beloved wife, mother, grandmother, sister, aunt, daughter, cousin, friend, professor, and a devout believer of God, passed away on January 1, 2021 at the age of 67 after a battle with cancer.

Kathy was born in Sands Point, New York to Teresa and Raymond Hyer, the fifth of their six children. Kathy met Jim Soley, the love of her life and her husband of 39 years, at a high school debate tournament in Long Island in 1969, a fitting meet-appropriate given their frequent Lincoln-Douglas style marital debates during their nearly 40-year union (which Kathy always won).

Kathy and Jim's love story started in New York and continued in Phoenix, Arizona; Manhasset, New York; and Tampa, Florida. Soon after they wed in 1981, they expanded their family to include children Elizabeth and James, who’ve gone on to make them proud in-laws (John and Shannon) and grandparents (Lucy and Mary). She was kind, strong, funny, driven, and loving, and her life with Jim was filled with travel, family, and friends.

Kathy was a champion for older adults and centered her research and advocacy on providing proper healthcare and crisis response measures for this vulnerable group. She was both a professor and associate director at the School of Aging Studies at University of South Florida as well as the Director of its Florida Policy Exchange Center on Aging. Her work there focused on the quality of care in long-term care settings, disaster preparedness, curriculum development, and educational evaluation.

Kathy also served as president of the Gerontological Society of America (GSA), the nation’s oldest and largest interdisciplinary organization devoted to research, education, and practice in the field of aging. As a recognized expert in the field, Kathy served on, and provided expert advice and testimony to, numerous federal, state, and local committees. A career highlight was testifying to the US Senate Special Committee on Aging about disaster preparedness in nursing care facilities in the wake of Hurricanes Harvey and Irma. At the time of her death, she was serving on the Florida Gold Seal Panel of the Governor’s Panel on Excellence in Long-Term Care.

The mentoring relationships Kathy formed with countless students over the years brought her immense pride and satisfaction. These students will carry on her academic legacy.

Funeral services will be private. A memorial service in her honor will be held at a later date when it is safe to do so. In Lieu of flowers, donations in her name may be made to Suncoast Hospice Foundation or the Gerontological Society of America.

In Memory Of Kathryn Hyer