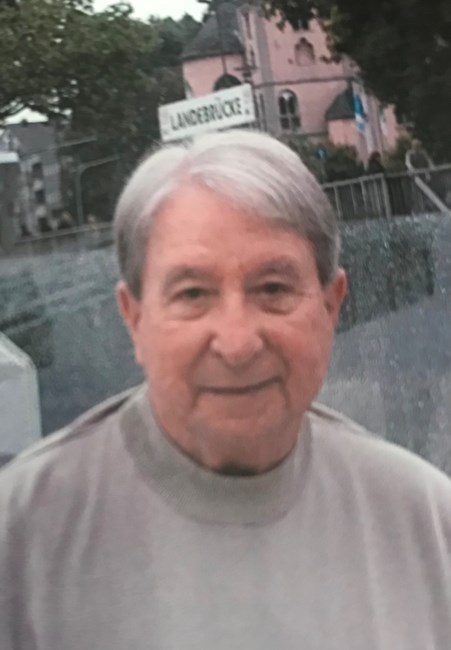 Major Robert L. Gray passed away at home on January 14, 2023. He was 93; born in Islip, New York on December 27, 1929. He began his flying career in 1946, while in high school, flying an Aeronca Chief seaplane. In 1951 he entered the Aviation Cadet Program of the Air Force. Graduating in 1953, his first assignment was at Long Beach Municipal Airport, California, where he flew newly built jets from many aircraft companies and delivered them to recipients in the States, Alaska, and Europe. In 1955 he was sent to Fuerstenfeldbruck Air Base, Germany, as an instructor with students from Iran, Spain, Turkey, and other NATO countries. In 1956 he instructed in the first class of training only former German Luftwaffe pilots including many WW2 Aces. He was selected to be the first American Fighter Pilot Advisor to the first New Germany Air Force Fighter Wing at Buechel Air Base. While there he flew with and against many of the German Aces in mock combat. For his training efforts with the German Air Force, he was awarded pilot wings of that country. In 1958 he was assigned to Homestead AFB to fly B-47 six jet engine aircraft with nuclear weapons capability. The flights included mid-air refueling en-route to Europe and North Africa, high altitude simulated bombing and low altitude navigation at night. In December of 1961 he won the MacDill AFB Bombing/Navigation Competition "Bar None" and later finished his B-47 tours at Pease AFB New Hampshire. In 1964 he was assigned to fly F-100 fighter-bombers, also with nuclear weapons capability, at Homestead AFB, Florida, with a tour in Incirlik, Turkey. Next stop for him was in F-100s at Bien Hoa Air Base in Vietnam. While there he had 221 combat missions and was awarded the Vietnam Cross of Gallantry with Silver Star, the Distinguished Flying Cross and the Air Medal with nine oak leaf clusters. His next and final assignment was at Moody AFB, Georgia to instruct students in all phases of flying the T-38 Talon jet trainer. After retiring from the Air Force in 1971, he was Chief Pilot for Sun Airlines and Red Baron Aviation in Tampa, and for Energy Express and Aero Flite in Colorado. He began sky-diving in 1961, had a total of 297 jumps, and also enjoyed snow skiing, golf, camping and fishing. He is survived by Shirley, his wife of 29 years; daughter, Karen Perez; son-in-law, Rick; daughter, Jennifer Gray; step-son, Eric Baum, many grandchildren and several great grandchildren. In lieu of flowers, please donate to your local animal shelter. A visitation for Robert will be held Friday, January 27, 2023 from 10:00 AM to 11:00 AM at Blount & Curry FH-Carrollwood, 3207 W Bearss Ave, Tampa, FL 33618. A funeral service will occur Friday, January 27, 2023 from 11:00 AM to 12:00 PM, 3207 W Bearss Ave, Tampa, FL 33618. A military honors will occur Friday, January 27, 2023 from 2:00 PM to 2:30 PM at Florida National Cemetery, 6502 S. W. 102nd Ave, Bushnell, FL 33513.
See more See Less

In Memory Of Robert Lee Gray