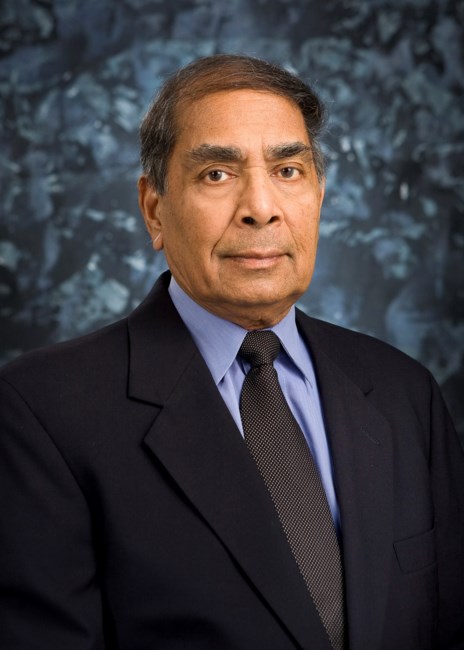 Dr. Vijay K Jain A Visionary Passes On University of South Florida: May 4, 1972 - May 1, 2022 Distinguished Professor Electrical Engineering Florida State University: 1968 - 1972 Professor Electrical Engineering Michigan State University 1962 PhD Electrical Engineering Dr. Vijay Jain was a visionary ahead of his time dedicated to his academics and pushing the fields of engineering through almost 60 years of professorship, research, teaching, mentoring, chairing, lecturing, etc. Jain was inspired heavily by his elders to pursue a career in academics. He was born in Meerut, Uttar Pradesh, India. Dr. Vijay Jain began college at the age of 14 at Birla Institute of Technology in India and had to receive special permission from the Chief Minister to attend college at such a young age. He received his masters degree at the age of 18 from Indian Institute Of Technology (which is the US MIT) and was awarded a gold medal from Prime Minister Jawaharlal Nehru for graduating at the top of his class. He went to Michigan State University on a U.S. government scholarship and completed his PhD in two years. Dr. Vijay Jain brought his wife and two daughters to America in 1968 and accepted a professorship at Florida State University. Then in 1972, he moved to Tampa with his wife and then 3 daughters to continue his career at the University of South Florida and became a Distinguished Professor. He was working with his team in the early 70s developing artificial intelligence when the term did not even exist. His research included and was not limited to biomedical systems, biomedical imaging and biomedical image processing, communication systems and networks, and digital image and video processing. He has written 161 publications, contributed to the United States Navy, VA Hospitals across the US, served The Pentagon, Bell Labs, Honeywell, Biotech & Aerospace Companies.... Chaired 11 Conferences Internationally & has received numerous awards throughout his years including The Askounes-Ashford Distinguished Scholar Award which represents the highest honor bestowed by the University for Excellence in Research and Scholarship. Professor Jain had a 50 year run with the University of South Florida’s College of Engineering. Dr. Vijay Jain and his late wife Mrs. Urmil Jain were the Matriarch Family of 5 Indian Heritage Families in Tampa in 1972. He sponsored 2 of those families to come to the United States and work under him. Professor Jain remained very humble throughout all of his years even though he contributed so much to mankind. The University of South Florida has made a statement , “We Feel a Big Void without Dr. Jain.” Dr. Gerry Doebeck who received the 1st Electrical Engineering Doctorate under Dr. Jain says, “I will always be grateful to Dr. Jain.” Dr. Jain also had a love for singing, listening to classical music, playing the flute, recorder, organ and mandoline, enjoyed watching football and appreciated red roses. He is survived by his 3 daughters, 2 son-in-laws, 4 grandsons and 1 granddaughter. His daughters, Rashi, Ruchi, and Anita couldn’t be more proud of his impact and all of his contributions. His wife Mrs. Urmil Jain passed away September 19, 2021. They were married 64 years. It was very clear, he was nothing without her. The funeral service will be held on May 13th, 2022 at 3pm at Blount & Curry, Terrace Oaks Funeral Home.
See more See Less