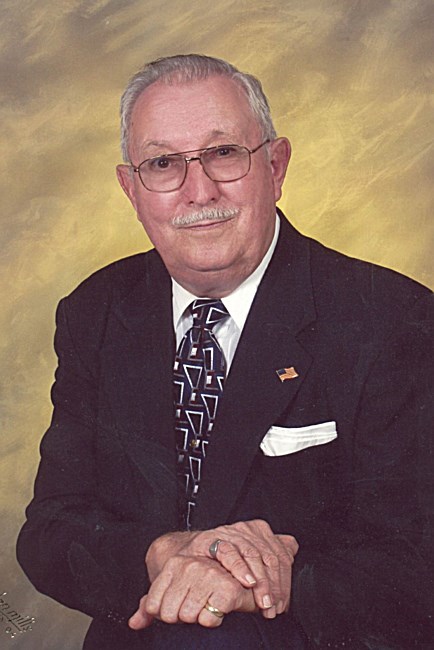 Edward Balusek Jr., 95, of Taylor, Texas, passed away on Thursday, August 11, 2022. Edward was born in Taylor on September 24, 1926 to the late Edward Sr. and Alfie Balusek. He married Wanda Jo Warren on December 12, 1975. They were married for 28 years, until Wanda Jo’s passing in 2003. Edward retired from the Texas Department of Transportation in 1984 after 25 years of dedicated service and was a longtime member of St. Paul Lutheran Church. Edward is survived by his three children: Vicktoria Resech of Cedar Creek, Gordon Balusek, and Kenneth Balusek(Sharon) of Taylor,; three grandsons: John Resech, Ronald Resech, and Nathan Balusek; and three great-grandchildren: Shelbyann Resech, Alexis Armstrong, and Felipe Benitez. Funeral services will be held on Friday August 19, 2022 at 10 am at Condra Funeral Home. Burial will follow at Taylor City Cemetery. The family of Edward Balusek wishes to thank staff of SPJST Assisted Living, Baylor-Scott & White, and Lost Pines Nursing Facility for all their dedicated care and attention.
See more See Less

In Memory Of Edward Balusek Jr.