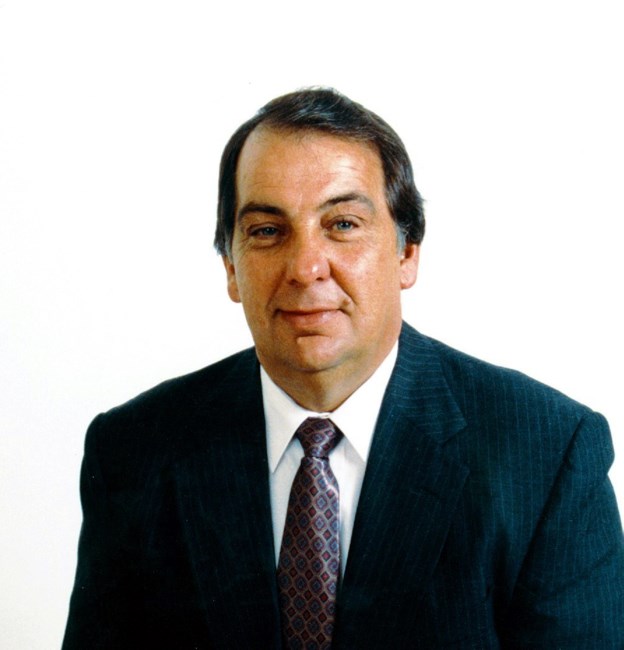 Randell W. Meyers, age 80, of Tazewell, TN passed away Sunday, December 26, 2021 peacefully at his home surrounded by his loving family. Randell was a pillar of the community and always known in town as the man who kept the lights on. Sunday morning God definitely gained a helper in the "light" and "power" business. Randell accepted the Lord as an eighteen year old young man and was baptized at Tazewell Baptist Church, where he remains a member "Do it the right way or don't do it at all" was one of Randell's lifelong mottos that carried over not only in his career, but also in his home life and hobbies. He spent a life fulfilled with four children who adored him, a tremendous career built from the ground up with not more than a high school education, all while chasing coonhounds, beagles, and cattle. Randell raised his four children with a firm, but loving hand, instilling in them his work ethic, sense of humor, and huge heart for other people. "You've got to play the cards you're dealt" he would always say to them teaching the value of dealing with and making the most of whatever life circumstances they may encounter. Randell was employed by Powell Valley Electric Cooperative in 1964 until his retirement in February 2021, serving nearly fifty seven years. He started on ground level as an apprentice lineman, eventually becoming General Manager in 1992 and later named CEO. He dedicated his life to improve others and achieved that objective through PVEC. When Randell wasn't at work he enjoyed coon hunting with his buddies. He raised and bred over two hundred coonhounds, accomplishing over ten world champions, one of those being the famous "Pac-Man". He was highly recognized in the sport for many years, even until his death. He later was involved in rabbit hunting and produced many champion beagles. One could say Randell was a business man by day and a farmer by night. After working long hours at PVEC, you could find him in his Liberty overalls with a chew of King B tending to his cattle. He was involved in Tennessee's first successful embryo transplant, which took place on his farm. Farming was where he found a sense of peace and relaxation. Randell worked tirelessly for his family and for the people and communities he loved. To say he lived his life to the fullest would be an understatement. Randell's memory will continue to live on through his family and accomplishments in our hometown. He will be missed by many friends and loved ones, but from now until we meet again, in our hearts is where he will be. Randell was preceded in death by his parents, Leon & Blanche Meyers; wife, Mabel Meyers, sister, Loretta Johnson and infant brother, Charles Meyers. Randell is survived by his previous wife Darlyndia Meyers and children: Jacqueline Daniels (Billy); Randell Jr. (Lisa) Meyers; Glenna Bunch (Jack) and previous wife Judy Meyers and daughter Emily Meyers; Grandchildren: Asher Noe (Amber); Randell (Winston) Meyers III (Shasta) and Kaleb Noe; Crislyn, Jaris Bunch; Great Grandchildren: Zoey, Chloe, Braeleigh, Paislee Meyers, Audrina, Lily Noe and Alyssa Daniels; sister, Evelyn Cole (Bro. George); and a host of nieces and one nephew. Special Friends: The late Dr. Richard Clark, Sandy Smith, Peggy Rosenbalm, Felicia Fultz and many hunting buddies. The family will receive friends Wednesday December 29, 2021 from 5 until 8 P.M. at Randell W. Meyers Complex/Powell Valley Electric. Funeral service will be 10 A.M. Thursday at Randell W. Meyers Complex/Powell Valley Electric. Graveside service to follow in the Fairview Cemetery. Ministers: Rev. George Cole and Rev. Matt Seals; Special Music: Living Water and Danny Sexton. Pallbearers: Junior Surber, Travis Tolliver, David Stanifer, David Majors, Ronnie Williams, Hoy Watson, Laddie Rosenbalm, Jimmy Posey; Honorary Pallbearers: Powell Valley Electric Employees and retirees, Powell Valley Electric Board of Directors and retirees. In lieu of flowers, please make donations to Tennessee Line worker Lifeline Fund powering Tennessee website https://www. powering tennessee.org/foundation. Coffey Funeral Home in charge of arrangements.
See more See Less

In Memory Of Randell W. Meyers