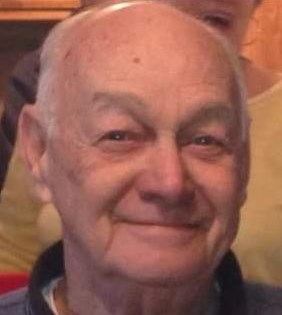 Arthur passed away at Union Hospital on Monday, June 14. He was born on March 5, 1934 to James and Bertha McGrew. In 1956, he married the love of his life, Margaret Burns, at Sacred Heart Catholic Church. He is survived by a sister, Judy Edington and a brother, Mark McGrew (both of Terre Haute); 4 children: Linda Tarwater and her husband Mike (Terre Haute), Arthur McGrew Jr. and his wife Janet (Indianapolis), Carol Stockwell and her husband Mark (St. Louis), and Mary Ervin and her husband Tom (Terre Haute); 10 grandchildren: Kevin and Sean Robinson, Sarah Myers and Anna McGrew, Blake and Brooke Stockwell, Kelly Keith, Adaire, Evan, and Aubrey Ervin; 9 great grandchildren: D.J. Music, Maggie, Maisie, Amberleigh and Sean Robinson Jr., Lily, Daniel, and Boaz Myers, Oliver Stockwell and several nieces and nephews. He is preceded in death by his wife, his parents, his sister, Deloris Burk, his brothers, George McGrew and James McGrew III, and his daughter, Elizabeth Marie McGrew.

He graduated from Blackhawk High School in 1952. At the age of 17, he enlisted in the US Navy’s “Kiddie Cruise” where recruits serve from the age of 17 until a day before they turn 21. In the Navy, he served on various aircraft carriers as an aircraft mechanic in the VS-30 anti-sub squadron. Using the technical training he received in the service, he became a machinist for small machine shops in Terre Haute. Later, he was hired by PSI Energy (Duke Energy), where he retired in 1997.

“Bud” was a family man in every respect. He was a loving husband, father, grandfather and great-grandfather. His family was the most important thing in his life. Whether you spotted him wearing his signature trucker hat while out driving his matching white truck, “the ghost”, or riding his lawnmower, you knew that he was the man known for making everyone who entered his home feel warm and welcome. He will be sorely missed by his loving family and the many, wonderful people he helped along the way. Per his wishes, the family has elected not to have a funeral but will schedule a “Celebration of Life” event in the near future.

Roselawn Funeral home was entrusted with the arrangements. Online condolences can be made at www.roselawnfuneralhome.net.

In Memory Of Arthur L. McGrew