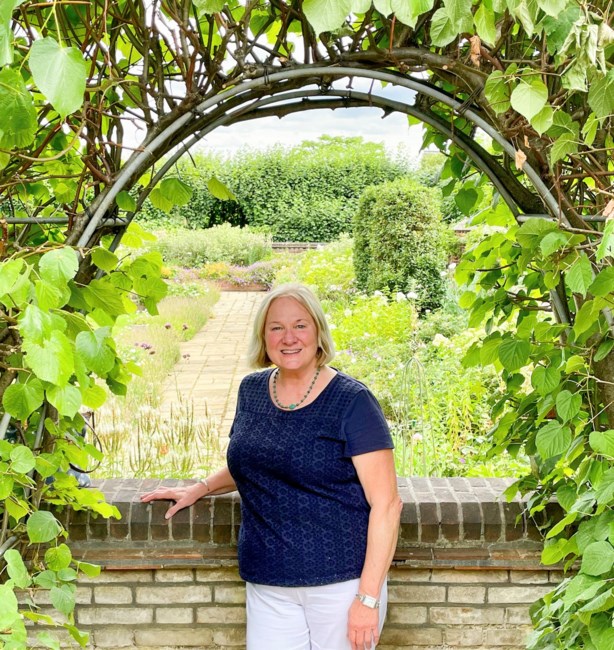 With a heavy heart, we announce the passing of Donna Azodi, our loving and ever-optimistic mother and friend to all who were lucky enough to know her. She died on September 13, 2022 at the age of 70 in The Woodlands, Texas. Donna was born to the late Guy and Zona Strahorn on August 5, 1952 in Oklahoma City, Oklahoma. She was the third of four daughters, and that shaped Donna’s personality in the best way—she was the annoyingly perfect combination of stubborn and positive. She was a plucky middle sister who never shied away from a challenge, whether she was giving her sister an assist to reach forbidden candy, dutifully taking on her role as one of the Supremes in at-home “concerts” with her sisters, or insisting on playing tackle football at sixth grade recess. Donna went on to attend the University of Oklahoma, meeting her late husband, Ardeshir Azodi, outside the University’s library (a fitting location for a future life-long educator). They fell in love as they went on dates to the grocery store to dine on free samples and to Sooner football games (a fandom they would later pass on to their daughters). After graduating in 1974, Donna moved halfway around the world to Tehran, Iran to marry Arde, where she began her teaching career at the Tehran American school and became fluent in Farsi. Arde and Donna moved back to Oklahoma after a few years, but Donna’s time in Iran made for better-than-Disney tales of romance and adventure that would later endlessly entertain and awe her daughters. Donna devoted her life to education. She was simply the best teacher a kid could have (according to her Teacher of the Year award, not just her family). This was likely much to the chagrin of Donna’s kindergarten teacher, who consistently put her in time out for disrupting the class with her ever-present joyful chatter. After many years in elementary education, Donna went back to school to earn her Doctorate in Education at Sam Houston State University, proving to her daughters that they too should always keep striving. She worked her way to become an elementary school assistant principal and then tenured professor at Lamar University, where she taught others to impact students in the same way she most certainly did. But the role Donna loved most was that of mother and grandmother (aka “Nonna”). Her daughters, Mitra Woody and Mina Azodi, will sorely miss her, as will their husbands, Joshua Woody and Andrew Maynes, and her grandchildren, Cameron and Vivian Woody. Most inconsolable may be her daughters’ respective dogs, Hamilton and Howard, who Donna showered with so many treats and toys that her own children occasionally questioned who she loved more. To celebrate Donna’s life, please consider donating to two organizations she planned to volunteer with after her retirement so that her signature can-do optimism lives on: Meals on Wheels of Montgomery County or The Houston Public Library Foundation. Donna's family will begin receiving friends at 11:00 a.m., Wednesday, September 21, 2022 in the Grand Hall at Forest Park The Woodlands Funeral Home located at 18000 I-45 South, The Woodlands, Texas 77384. The service will begin at 12:00 p.m. Following the service, there will be a short procession to Forest Park The Woodlands Cemetery for a brief committal service and to be laid to rest beside her husband. After the services are concluded, the family would like to express their love to you by having you join them for a reception in the R.L. Wood Event Room at Forest Park The Woodlands Funeral Home. You may also share your fond memories and kind expressions of sympathy with the family at www.forestparkthewoodlands.com. Forest Park The Woodlands Funeral Home is honored to serve this family.
See more See Less

In Memory Of Donna Azodi