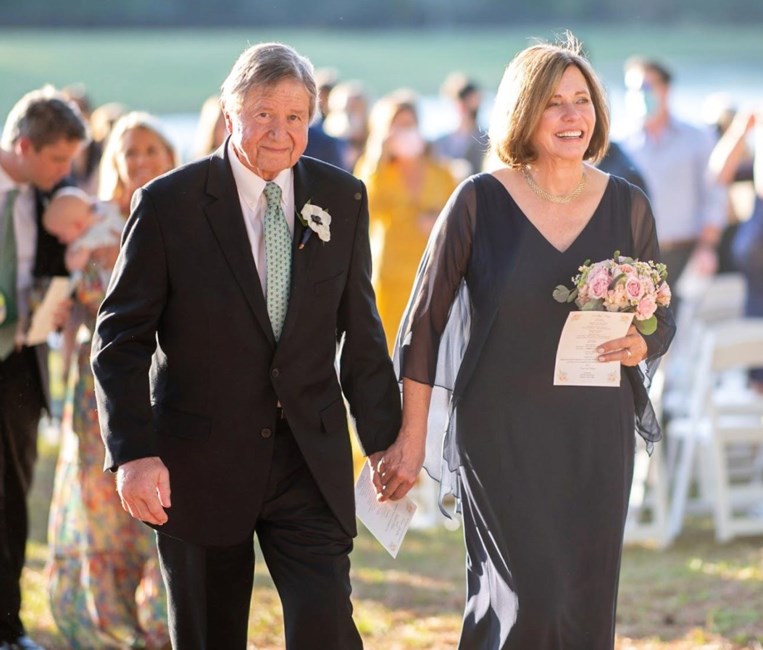 Edward “Ned” Hartline was born to Edward and Stella Hartline in Ohio in 1946. With his father stationed overseas with the Army, Ned spent much of his early childhood in Japan and Germany, where he grew up speaking three languages - occasionally causing confusion by speaking them at the same time. Ned attended college at the University of Illinois. We know Ned to be proficient and successful in all his endeavors, but he did reminisce about some classes he missed because of other engagements. This came to a head with graduation upon him, and a failing grade in physical education – figure skating, to be exact. Ned knew little could cover up what would certainly be an unsuccessful endeavor on ice. Luckily, a last-minute spot opened in a swimming class, and he graduated and went to serve in the army. After his service, he went to law school at the University of Houston’s Bates College of Law in 1968 – with a near perfect score on the LSAT and a passing grade in PE. At the University of Houston’s Bates College of Law, Ned excelled, becoming an editor of the Law Review and President of the Order of Barrons, the school’s most prestigious academic society. Ned translated his knowledge from the classroom to the office, becoming one of Texas’s finest tax and corporate lawyers. To his colleagues, Ned was a lawyer’s lawyer. The only thing more impressive than his ability to get clients was his ability to keep them, decade after decade after decade. In 1974, Ned joined Houston-based Butler & Binion, then one of the four largest law firms in Texas. There, he became the firm’s youngest attorney ever to be elevated to partner, and then the youngest partner ever to be elected to the management committee. A dozen years later, he and several close colleagues founded their own venture, Oaks, Hartline & Honey. Ned was again placed in charge. In the 2006, the firm became Oaks, Hartline & Daly, which Ned adroitly guided with his dear friend Dan Daly for over fifteen years. Ned loved the practice of law and would have done it forever if he could have. He believed in doing things the right way: wear a jacket and tie, show up early and stay until the work is done, and keep as your top priority what you have achieved for those who have put their trust in you. The profession goes on, but its light is temporarily dimmed. Outside of his family, Ned found joy in working on the Hartline Ranch in New Waverly, Texas, and caring for the family’s animals. No ranch problem proved too tough for Ned. He took on electrical, motors, plumbing and house repairs. Out on the ranch, he swapped the suit coat for cut off shorts, a 20-year-old triathlon t-shirt, and boots from the feed store - tags still on. Ned approached cancer with the same resolve. He rarely complained, except for wishing to spend less time in the hospital. Ned’s family and friends found comfort in his calm, quiet strength. Those who knew Ned can remember him by working with integrity, rescuing and loving animals, and treating all people as close friends. Ned is survived by the love of his life, Debbie, a true partner to him in all endeavors. He is also survived by his children, Charlie, wife Caroline, and grandchildren Freddie and Hugo, Sarah, husband JJ, and grandchildren Lane and Julia, Braden, wife Kim, and grandchildren Georgia and Harper, Cassie, husband Robert, and sister Susan and her daughter Julie. Ned is also survived by Bobby Shelton’s nine children, whom he cared for and loved over the past 30 years: Anice, Noel, Sarita, Beto, Susan, Katie, Saphronia, Kempe, and Rosa. In lieu of flowers, the Hartline family requests donations in Ned’s memory to MD Anderson Cancer Center or to a local animal rescue. Please share your fond memories and kind expressions of sympathy for the Hartline family at forestparkthewoodlands.com. Forest Park The Woodlands Funeral Home is honored to serve this family.
See more See Less