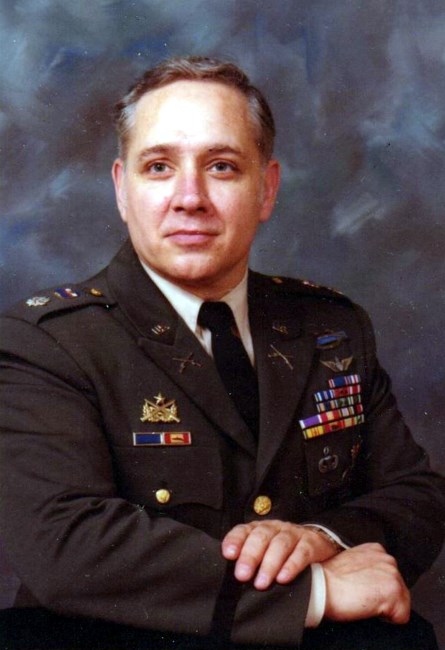 Raymond Richards Rau, 79 of The Woodlands, Texas, passed away April 12, 2015. He was born in Evanston, Illinois on August 14, 1935. Ray graduated from DePaul University and received a Master’s Degree from American University. He was married to Judy (Kit) for 54 years. Ray had a distinguished career as a US Army Officer. Ray also worked as a manager in the home improvement and auto industries after retiring from the Army. He was a member of the Knights of Columbus, a Life Member in the NRA, The Rocky Mountain Elk Foundation, and Ducks Unlimited. Ray had a passion for his family, hunting, fishing, shooting, woodworking, and golf. He is survived by his loving wife, Judy (Kit) Rau, Children; Robin Scott and husband Michael, Mark Rau and wife Kathy, Rick Rau and wife Lisa, Caroline Gelderneck and husband Bill, Grandchildren; Mike Scott, Chris Scott, Anne Scott, Brittany Rau, Allison Rau, Gabby Rau, Casey Rau, Ray Rau, Julie Rau, Joe Rau, Jack Rau, and Kirby Thomas, Siblings; Bunny Pitluk, Betty Schlosser, Kate Bell, and Bill Rau. A funeral service will be held at 2:00 pm Sunday, April 19, 2015 at Forest Park The Woodlands Funeral Home, 18000 I-45 North Frontage Rd, The Woodlands, Texas 77384. Interment will be held at Arlington National Cemetery at a later date.

In Memory Of Raymond Richards Rau