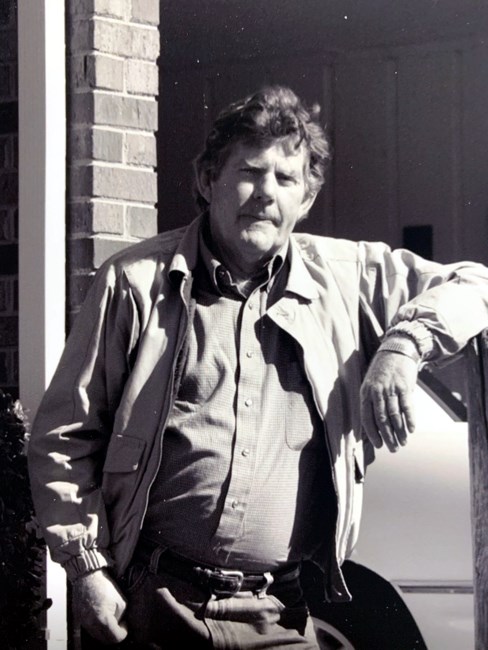 Austin Clodfelter Jr., 76, was born on November 1st, 1943 to Ruth Nance Clodfelter and Austin Clodfelter Sr. He was born and raised in Thomasville, NC. He was endeared and deeply connected to Thomasville. He was raised by two loving grandparents, Emory (EC or Doc) and Virgie Clodfelter, who he loved and praised his entire life. He was one of four children. He was enamored by and to his siblings which he spoke of proudly and often throughout his life. He was a loving and dedicated husband, son and father and showed it often and in the best ways he knew how. Austin was a graduate of Thomasville High School in 1962 and was accepted to NC State, to which he remained a dedicated fan of throughout his life. He successfully ran and operated his own business for over thirty years before retiring. He was a reader of war history, a dedicated Nascar fan, and devoted follower of professional golf. The Masters golf tournament could not get here soon enough every year. He loved and was obsessed with growing the biggest tomatoes possible and was passionate about surf fishing before his health intervened in his later years. Austin, following in the footsteps of his father, Austin Sr., proudly serving his country with distinguished military service. Austin served “in country” Vietnam from 1967 to late 1968. He was a combat infantry soldier in the 4th and 23rd mechanized infantry regiment. He served during the most perilous and deadly time of the entire war. He was a Tet Offensive survivor, which he wore as a badge of honor. For his service he earned various awards and commendations as well as two purple hearts. In 1970, he married the love of his life, Judy Kaye Finney. They were happily married for 38 years. Surviving are two sons, Jerry Clodfelter (Susan Hunt), and Jeff Clodfelter and loving daughter-in-law Leigh; grandson Dustin Clodfelter and granddaughter Evan Clodfelter, as well as a great grandson Mason. Also surviving are his brother Benny Clodfelter and his wife Patti and his sisters Mary Asbury and her husband Chip and Libby Clodfelter, all of which he adored. In his grandchildren and great grandchild he saw hope for the future and they were the world to him. He also leaves many other friends and relatives that he dearly cared about and loved. He was preceded in death by his loving grandparents, Virgie and Doc; his parents Austin and Ruth; and his wife Judy who he lamented over and loved until his very last day. The family would like to extend a special and heart felt thank you to the wonderful nurses, doctors and dedicated staff that provided care for Austin during his final days. A Celebration of Austin’s life will be held Saturday, October 3rd at 1pm at the Thomasville Funeral Home followed by burial at Holly Hill Memorial Park Cemetery at 3pm with military honor by the Randolph County Honor Guard. In lieu of flowers please direct memorials to either St. Jude’s Children’s Hospital or the DAV.
See more See Less