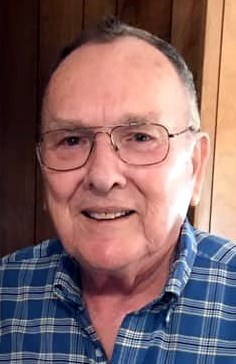 THOMASVILLE – David Albert Blake, Sr., age 84, died on December 27, 2021. He was born in Randolph County, NC, on July 1, 1937, to Armistead Austin Blake and Roberta Lassiter Blake. Following graduation from High School, David joined the military. He spent three years in the Army before attending and graduating from Purdue University. He later spent seventeen years in the Navy achieving the rank of First Lieutenant. David was an electrical engineer during his career in the military and also served in Vietnam. He will be greatly missed by all who knew him. David is survived by three children, David Blake, Jr. and wife Kathryn, Patty Blake Younts and husband Timmy, Bradley Blake and wife Donna; seven wonderful grandchildren, Pamela Younts Douglas and husband Michael, Scott Younts and wife Sarah, Ryan Younts, Stephanie Blake Youman and husband Mike, Evan Blake and Connor Blake and adopted granddaughter Ashley Hamm; six great grandchildren, Caroline, Carter, Hannah, Skylar, Kollynn and Ian; one sister Joyce Blake Pierce. He was preceded in death by his beloved wife, Lois Jean Blake; one sister, Dora Jane Russell; one brother, Armistead Blake, Jr. A graveside service will be held at Holly Hill Memorial Park, 401 W Holly Hill Rd, Thomasville, NC 27360, on Friday, December 31, 2021, at 11:00 a.m. The family will greet friends prior to the service from 9:00-10:30 a.m. at Sechrest-Davis Funerals and Cremations, 18 Randolph Street, Thomasville, NC 27360. The family is under the care of Sechrest-Davis Funerals and Cremations of Thomasville. Online condolences may be made at www.sechrestdavisthomasville.com –select obituaries.
See more See Less