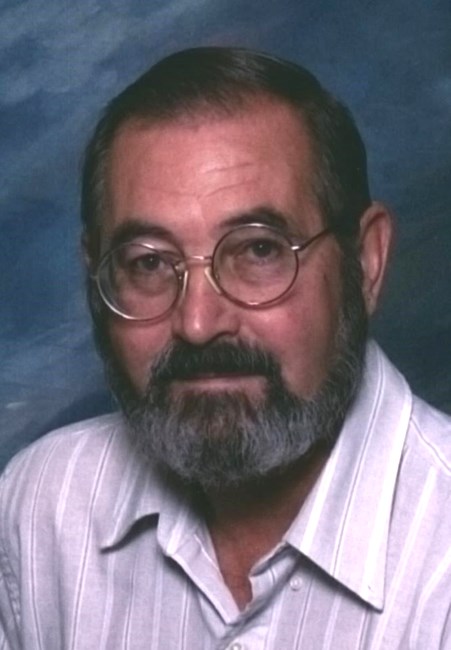 LEXINGTON - Roland Paul Couch, age 84, died on July 30, 2022, under hospice care. Roland was born in Caretta, WV, on January 17, 1938, to Gordon Gillie Couch and Osa Ella Turner Couch. He was preceded in death by his wife of 59 years, Emily Maude Lankford Couch. He is survived by his son, Stephen Dale Couch (Sarah); daughters, Jan Couch and Jill Couch Lambert (Ray); sister, Helen Leishman; brother, Bob Couch (Mary); and companion Eleanor Andrews. Roland graduated from Big Creek High School in War, WV, followed by his service in the US Air Force as an electronics and radar repair technician. At RJ Reynolds, he was a diagnostic/fault isolation technician for production, packaging, and conveyorized systems, and he maintained building facilities for factory No. 64. For Thomasville Furniture, he rewired buildings for equipment installation and brought production machinery up to engineering specifications. As a lineman for Duke Power, he built and maintained overhead and underground distribution lines and serviced domestic and commercial appliances. He was owner/operator of San-Mor Woodworking Company along with his brother Victor Couch. As an on-site mechanic for Greystone Railroad, he repaired hydraulic systems on railroad tie handlers, ballast regulators, bridge cranes, gradealls, spikers and surfacing machines. He proposed and designed a tie changer for laying curved trackage, which was built and used by Illinois Central. At Councill Craftsmen in Denton, he returned to woodworking and the craft of fine furniture making. He bush hogged on the side, delivered newspapers, established a 4-H club in the county, served on the PTA, raised crops, produce, hogs, and a family. As many farmers did at this time, he sat down for supper with his family at the close of each day. Then he had coffee. Lots of coffee! A memorial service for Roland will be held at a later date. The family is under the care of Sechrest-Davis Funerals and Cremations of Thomasville. Fond memories and expressions of sympathy may be shared at www.sechrestdavisthomasville.com - select Obituaries.
See more See Less

In Memory Of Roland P Couch