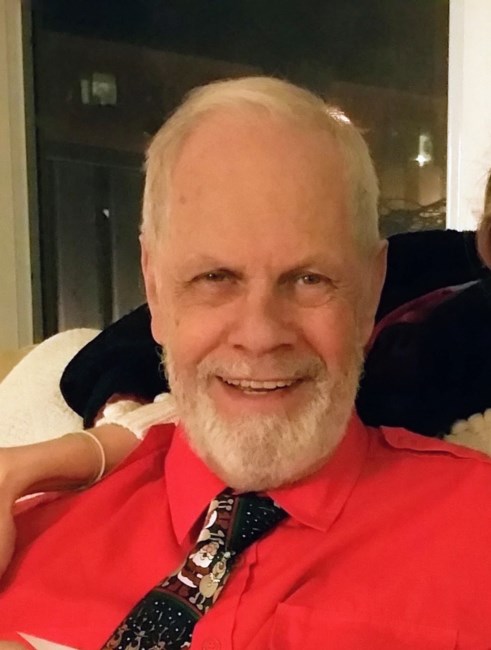 With great sadness, the family of Ted Cowie announces that he died unexpectedly at Markham Stouffville hospital on Sunday, October 17th 2021. He is predeceased by his parents, Fred and Janet Cowie of Montreal and Knowlton, Que. He is lovingly remembered by his devoted children, Andrew (Kate) and Jennifer, their mother Venetia, his two grandchildren Kiera and Theo in Australia, whom he adored, his sister Joan (Bruce) Bostock and their children David (Amy) and son Ian, Helen (Ray) Rolle in the Bahamas and children CJ, Katie and Caleb and Willa (Lance) Cooper in Miami. Ted was born in Toronto, raised in Montreal, and with his family, moved back to Toronto in 1979. He was involved in service to his community throughout his life. He was a member of the ski patrol in the Laurentians; he worked with St John's Ambulance in their "radio division" and as a first responder in Montreal, and later helped provide communications to emergency management efforts in Ontario. His love of teaching led him to become a Scout Master, he mentored many young people. He struggled with many challenges through his life but having overcome them, gave of himself endlessly to listen to others in need. He loved volunteering, most especially at St John’s Rehabilitation Centre in Toronto. He was a talented photographer, model train enthusiast, a ham radio operator, and a master at fixing things. He loved capturing wildlife and nature with his camera, listening to classical music and live jazz. By nature, he was an explorer of the world and the universe and was always seeking and sharing knowledge. He always tried and never gave up. Ted was a steadfast and caring friend who will be remembered fondly by all those whose lives he touched – above all, he was a gentleman and a gentle man. Cremation has taken place. There will be a memorial service followed by private interment at St John’s York Mills, Anglican Church, 19, Don Ridge Dr, Toronto, ON M2P 1H3 on Wednesday, November 3rd 2021 at 1:00pm If desired, donations may be made in Ted’s memory to St John’s York Mills Church https://sjym.ca/donate/ and St John’s Rehabilitation Centre https://sunnybrook.ca/content/?page=st-johns-rehab
See more See Less