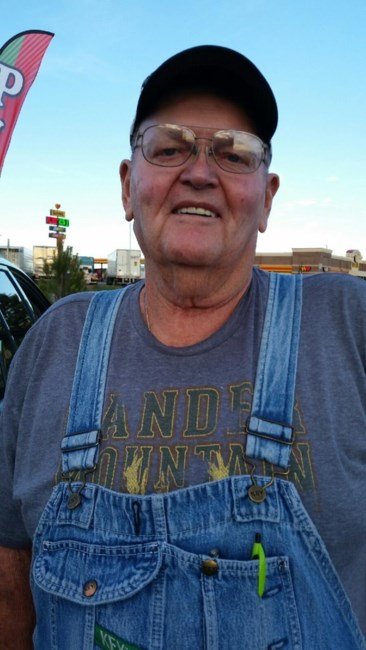 Ivan R Kennedy of Keenesburg, CO passed away peacefully with family around him on August 3, 2022. Ivan was born on April 16, 1942 to Frederick and Marie Kennedy in Denver, CO. His father was in Europe during WWII and missed the birth of his son. Ivan married the love of his life, Shirley and they were married for 58 years at the time of his passing. Ivan was a proud Union member of Local 9 for 45 years. During this time he was a heavy equipment operator and could operate almost any machine. His hobbies included a love for old cars, hunting, fishing, camping, and taking car rides to the mountains or to the country. Ivan is survived by his wife Shirley and his two sons Richard (Terri) of Brighton, CO and Roger (Kim) of Aurora, CO. Ivan is also survived by his Grandchildren; Kali (Austin) (Firestone, CO), Evan (Centennial, CO), Natalie (Centennial, CO), Chiara (Brighton, CO), Cole (Ft Meyer, VA), Scott (Wiggins, CO), 2 great grandsons; Arlen and Emmett, his sister, Terri (Albert) and nieces; Bobbi and Wendy. He is preceded in death by his parents and brother William. Graveside services will be held at Sacred Heart Cemetery in Roggen, CO on Aug. 19,2022 at 10:00am. In lieu of flowers, the family requests donations to St. Jude Hospital. Gift Funds: In Memory of Ivan Kennedy - Gift Funds for St. Jude (stjude.org) Reception to follow at 13727 Race Ct, Brighton, CO 80602. Fond memories and expressions of sympathy may be shared at www.olingerhighland.com for the Kennedy family. https://fundraising.stjude.org/site/TR/GiftFunds/GiftFunds?px=7610290&pg=personal&fr_id=39300
See more See Less

In Memory Of Ivan Roger Kennedy