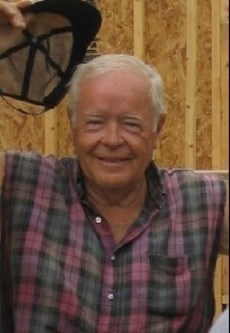 Harding, 91, a resident of Portland, passed away Jan. 15, 2022 in Tualatin, Ore., due to injuries sustained in a fall earlier in the week. Harding was born July 17, 1930, in Portland to Herman and Helga Carlson. His childhood was spent growing up in northeast Portland with summers at the family cabin in Ocean Park, Wash. After graduating from Grant High School in 1948, he enlisted in the U.S. Army and spent his service in Fairbanks, Alaska and Indianapolis, Ind. Harding married Anita Yoder from Aurora, Ore., Jan. 20, 1952. After being discharged from the Army in 1952, Harding and Anita settled in Portland where he began college at Portland State University, later transferring to Oregon State University. Upon graduating in Civil Engineering in 1957 they settled in Tigard, Ore., where they raised their five children on a seven acre farm. Harding spent his career at the U.S. Army Corps of Engineers, retiring in 1986. Harding and Anita spent the next 19 years traveling throughout the United States and most of Europe, spending winters in southern California and summers in Ocean Park, Wash. Harding was a member of both Good Shepherd and Ocean Park Lutheran Church. Harding's wife, Anita passed away in 2005. He is survived by his five children, Deanna (Gary) Johnson, Eric (Bonny) Carlson, Kai (Carole) Carlson, Kari (Jeff) Kappler, Sam (Cindy) Carlson; his brother, Rev. Harry Carlson; one nephew, Mike; 13 grandchildren; and 13 great-grandchildren. A family gathering will be held at a later date. Interment at Willamette National Cemetery. Donations in his memory may be made to Union Gospel Missions Life Change for Women and Children in Portland, Ore.
See more See Less

In Memory Of Harding G.V. Carlson